Some of the world’s greatest wrestling legends are coming to Qatar to compete in the second edition of Superslam to be held at Ali Bin Hamad Al Attiyah Arena on February 21 next year, Qatar Pro Wrestling (QPW) announced yesterday. 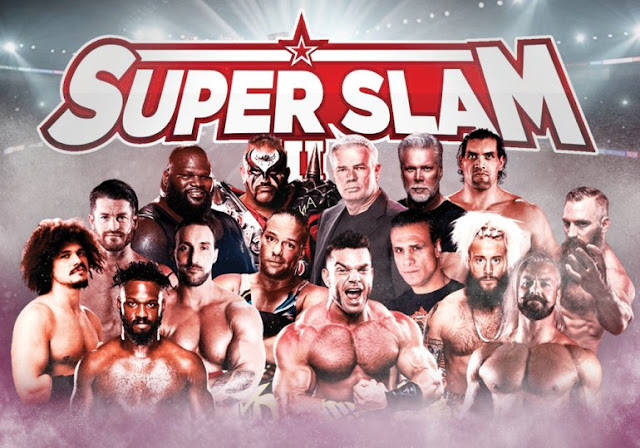 Superslam II will be presenting four Championship title matches: The QPW Tag Team, QPW King of Ladder, the QPW Middle East, and the QPW World Titles. The audience will also get to enjoy a number of single matches in between the title games. The championship competition back in 2017 was a sold-out event, and the 2020 edition is expected to be even bigger.

Wrestlers including Apolo Jr, Dos Caras, White Eagle, Tristan Archer will also be joining Superslam II. The variety of the matches and the number of superstars participating guarantee this will be an unforgettable experience for wrestling fans.

Several famous figures will be attending the games including Eric Bischoff who was recently announced as the new General Manager and best known for serving as Executive Producer and later the President of the World Championship Wrestling.

“This is one of the biggest events of the year. We are looking forward to hosting this slate of international wrestling superstars. This is going to be an extraordinary competition for the fans of this sport in the entire region, with so many legends in one place and special guest appearances,” said Ali Ahmad Al Marafi, Chairman of QPW.

Audiences who prefer to watch the game live from the comfort of their homes, will be able to do so via Fite TV for a subscription fee.

Tickets options vary from a QR70 bronze ticket, QR250 silver, QR500 gold and the VIP ticket for QR1000. Tickets for this family event can be purchased on www.qpw-wrestling.com

Gates will open at 6pm and the show starts at 8pm.

Qatar Pro Wrestling is the first and only professional wrestling association in the Middle East. Founded in 2013 in Doha, QPW brings Superstar Wrestlers from around the world to premiere in incredible wrestling shows with large scale productions throughout the Arab World.

(Source: The Peninsula)
Posted by Arjunpuri at 08:30