Despite the mental agony she must have been going through, Sridevi kept flying back to Kerala at regular intervals to shoot for 'Devaraagam'.

Director Bharathan, who had shot child Sridevi in her first-ever ad campaign for Chandrika soap, approached her to play Lakshmi in his biting social commentary Devaraagam (1996). More than the actress, it was Rajeshwari who was elated. She still remembered Bharathan from that calendar shoot and instantly persuaded Sridevi to accept the project. 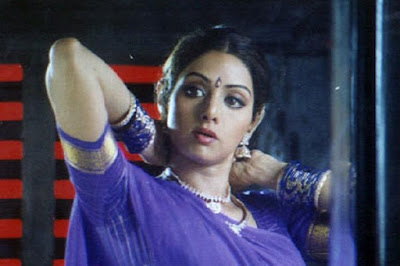 With the actress’s professional front silent, her personal life was about to create headlines now. In early May 1995, Sridevi’s mother suffered a seizure and diagnosis confirmed a brain tumour. Following the advice of doctors in Madras, the actress took Rajeshwari to the reputed Memorial Sloan Kettering Cancer Center in New York for surgery. During this time, Boney Kapoor reached out to her once more. Boney shares: ‘My relationship with Sri normalized again. I helped her with all the arrangements in New York and also took time off to be with her family. I got closer to all of them. Many years later, Sri told me something that touched me deeply. She said that while flying to New York, her mother had told her in the plane that if she ever did another film with me, she should not charge any money. I think Sri also started seeing now that my feelings for her were sincere.’

Despite the mental agony she must have been going through, Sridevi kept flying back to Kerala at regular intervals to shoot for Devaraagam. Returning from her father’s last rites four years ago, she had performed a comedy scene for Lamhe. Now in between attending to her ailing mother in New York, she was shooting for Devaraagam in India. The actress was not only displaying professional ethic but also personal grit. Veteran actress and Bharathan’s wife, K.P.A.C. Lalitha, wonders where from was Sridevi drawing such impossible strength: ‘No one else could have done this when your mother is lying in a critical condition in a different country. I think it was Sri’s big heart that made this possible, her kindness and compassion for others. Her belief in the sanctity of her work. Her mother had promised us and she was honouring it no matter what.’

That teenage girl who had squabbled with K. Bhagyaraj on the sets of 16 Vayathinile, because she hardly understood the importance of continuity in a film, had now become a meticulous woman. K.P.A.C. Lalitha reveals: ‘Since the schedules of Devaraagam were erratic due to Rajeshwari amma’s illness, Sridevi maintained a diary. She would note down all her costume details before leaving so that when she would be back for the next schedule, there would be no continuity issues. Keeping track of such minute details in the middle of a personal crisis is exemplary. I have never seen anyone so dedicated and I don’t think I ever will.’

Bharathiraja, who met Sridevi during this time, found her putting up in a small apartment in New York. He advised her to rent a larger one but the actress wanted to keep things simple. She was cooking herself and taking care of her mother. In public, she had her brave face on. In private, she was anxious that the surgery goes well.

Alas, that was not to be. The day Rajeshwari was being wheeled inside the operation theatre, she suddenly clutched her daughter’s hand, her nails digging into Sridevi’s skin. A spasm of terror passed through her face. Glancing at the actress and their family doctor who had accompanied them, Rajeshwari uttered these strange words, ‘Please tell them to operate me in the right place.’ Their family doctor laughed and assured her saying, ‘Of course they will. It is like telling your daughter to act well.’ Hours later, Rajeshwari’s fear had come true. In a bizarre case of medical negligence, the neurosurgeon, Dr Ehud Arbit, had operated on the right lobe of her brain while the tumour was in the left lobe. The botched-up surgery soon sparked headlines across America. While Arbit faced suspension, President Bill Clinton made it mandatory for US hospitals to disclose their medical malpractices. But in the middle of all this chaos stood a horrified daughter trying to make sense of what had just happened to her mother, wondering if she was to blame for bringing Rajeshwari here, clinging to her own sanity as the press hounded and lawyers bickered.

And yet, Sridevi turned up on time for the final schedule of Devaraagam in India. The actress was in absolute control while performing the last remaining scenes—the composure on her face hardly betraying the storm inside her. But when Bharathan gently inquired about Rajeshwari’s condition, Sridevi broke down. K.P.A.C.Lalitha recalls how the actress’s pent-up emotions spilled over: ‘She was in tears as she told us that the wrong surgery had affected the memory part of her mother’s brain. She said Rajeshwari amma was talking about things that had happened ten years back. But even in that state, Sridevi kept apologizing to my husband that because of her personal problems, Devaraagam had to be scheduled in an irregular manner.’

It was only after the tumour was removed at Cornell Medical Center that Sridevi returned to India after two harrowing months. While the actress was relieved now that Rajeshwari was recuperating, she was herself battling an enormous sense of guilt. She told Movie: ‘I cannot live without my mother. I need her for everything. If I have a problem, I still call her up and ask her what to do. We are virtually bound by an umbilical cord. How can a qualified doctor do something as drastic as this? It’s unpardonable. Today, when I look at her, I feel so guilty. There are so many good doctors even in Madras whom I could have taken her to. In the US, I felt so frightened, lonely and lost.’

Excerpted with permission from Sridevi The Eternal Screen Goddess by Satyarth Nayak, published by Penguin Randomhouse.