Struggling to find buyer, Air India might be forced to shut down in six months: Official

The airline has a debt burden of around Rs 60,000 crore and the government is still working on the modalities for the disinvestment.

Struggling Air India might be forced to shut down by June next year unless it finds a buyer as "piecemeal" arrangements cannot be sustained for long, according to a senior airline official.

Amid continuing uncertainty over the fate of the national carrier, the official said there is also need for funds to restart operations of 12 grounded narrow-body planes.

The airline has a debt burden of around Rs 60,000 crore and the government is still working on the modalities for the disinvestment. 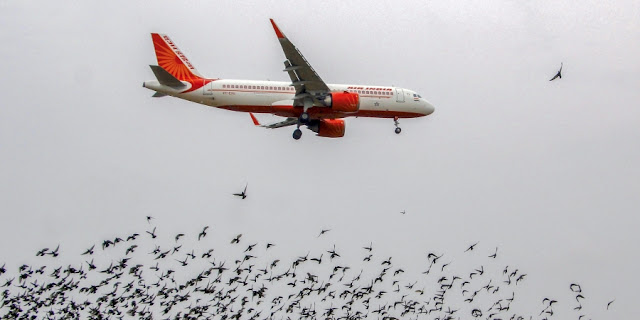 Sounding alarm bells, the official said Air India might well go Jet Airways way if a prospective buyer does not come on board by June next year.

With government leaving the debt-ridden airline to fend for itself by refusing to inject funds any more amid its privatisation plans, the airline is "some how" keeping it afloat with peace meal arrangements, which are unlikely to sustain for long, the official said.

As per the government, it has infused funds to the tune of Rs 30,520.21 crore in the flag carrier from financial year 2011-12 till December this year.

Under the turnaround plan approved by the UPA regime in 2012, the airline was to get financial assistance of Rs 30,000 crore over a 10-year period.

"We had sought Rs 2,400 crore sovereign guarantee to mop up funds for meeting operational requirement.
But the government has provided guarantee only for Rs 500 crore.

"We are somehow managing the operations at present and at best we can sustain this situation till June. If a buyer does not come by that time, we will have to shut shop," said the official on condition of anonymity.

After more than 25 years of flying, full-service carrier Jet Airways shuttered operations in April due to cash crunch.
In 2018-19, Air India's net loss is provisionally estimated to be Rs 8,556.35 crore.

Besides, it has a total debt of Rs 60,000 crore, half of which has already taken out of the books and parked in the special purpose vehicle, Air India Asset Holding Ltd.

Air India spokesperson was not available for comments.

The Air India Specific Alternative Mechanism (AISAM) has approved re-initiation of process for the government's 100 per cent stake sale in Air India along with Air India Express and the carrier's stake in joint venture AISATS.

The government is likely to issue Expression of Interest (EoI) for the stake sale in the fourth quarter of the fiscal.

According to the official, it would take "at least" six months to complete the transaction in the eventuality of an investor coming on board, provided the sale process kick starts early next month.

At the same time, the official did not sound very hopeful of the government getting an investor in such an "economic situation," which has also affected the domestic aviation industry.

Domestic air traffic, which is one of the parameters for gauging the health of the industry, grew only 3.86 per cent in the January-November period of the year as against an impressive 18.60 per cent growth in 2018.

Response to the recent roadshows in Singapore and London for Air India disinvestment was reportedly "tepid".

The official said that currently 12 narrow-body Airbus A320 planes are on the ground for want of engine replacement and are unlikely to be back in operations in the immediate future.

With adequate funds not available even for normal operations, it looks difficult we will get funds for engine replacement and make these planes operational any soon," the official said.

However, the official said that seven of the eight wide-body planes, which were grounded for the engine and other engineering-related issues, are back in operations.

The eighth one is expected to start flying soon.

"We plan to deploy this to cater to to the new Mumbai-Stansted (London region) route, which we are looking to launch from February next year,' he said.

The new route would have three times per week services and bookings would open soon.