Why there's nothing wrong with being a tourist

‘It’s cultural snobbery to suggest that the 4.4 billion people who boarded planes in 2018 were discoverers rather than, I don’t know, sitting on the beach reading a book’

A few days ago, I read a worrying travel piece in the Times of India about North Sentinel – the remote Andaman island, flung off the eastern coast of India, inhabited by tribes entirely untouched by the modern world. You might remember the story of missionary John Allen Chau, who travelled to the protected island last year to spread Christianity, only to be killed by tribespeople. 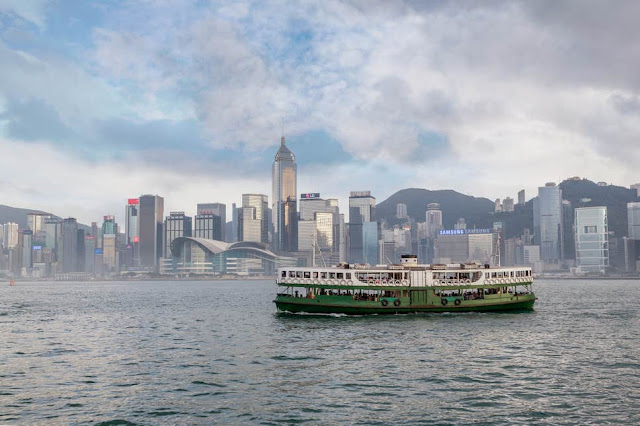 Suffice to say it’s not anywhere that should be on anyone’s bucket list, whatever kind of traveller they are.

“If you’re an adventurous soul and want to explore the unknown, a visit to North Sentinel Island can be an option,” the (now edited) piece trilled. “You can become the next Columbus and let the world know about your adventurous travel. Or, just get hunted by spears!”

What's the definition of irresponsible tourism?

Last year, a man was killed when trying to visit North Sentinel. Now @timesofindia & @musingsforlife are urging people to go.


How have we got to this point? Where the only travel experiences worth writing about involve (probable) death?

I’ve got one answer: disdain for the bread-and-butter tourist.

There’s an advert on the London Underground at the moment, advertising the Royal Museums Greenwich. One poster image shows a girl jumping high above the meridian line with the tagline: “Don’t be a tourist. Be an explorer.” As if stomping up the hill to the Royal Observatory in Greenwich Park was on the same level as Edmund Hillary and Tenzing Norgay scaling Everest (I mean, it is rather a big hill). The Greenwich museum even advertises itself as “a top 10 visitor attraction in London” – but for some reason sniffs at the idea that it might welcome a tourist or two.

I posted a picture of the advert on Twitter last week, asking if the word “tourist” had become a dirty word. Most of the responses were full of contempt for this type of snobbery and resignation for this new breed of “explorer”.

The stereotype of the tourist, especially in Britain’s case – hewn on the beaches of southern Spain and Greece, blown into popular culture two decades ago when commercial flights became cheap enough for everyone to travel – has become a mucky one. It assumes you want to spend your holiday blithely taking photos and marching through museum gift shops without really, howl, “getting under the skin of a place”. And you’ll probably be wearing socks and sandals and drinking a happy-hour cocktail.

Tourism hasn’t been helped by being constantly prefixed by “over”: a modern phenomenon which has blighted cities and regions around the world including Barcelona, Amsterdam, Kyoto and Venice.

But it’s left this weird legacy that suggests if you want to travel, you should consistently seek the under-the-radar, the quirky, the unnoticed things. It means you need to somehow blend in with the locals and pretend to not be an outsider. Which is wild, because we’re all outsiders when it comes to it, aren’t we? It’s cultural snobbery to suggest that the 4.4 billion people who boarded planes in 2018 were “discoverers” rather than, I don’t know, sitting on the beach reading a book.

We’ve written before about the joy of being an outsider in a city. Why the idea of “living like a local” is a total fantasy. “There’s a reason why walking the remnants of the Berlin Wall, or tours of the Roman Forum, or ogling the Sagrada Familia are popular,” writes David Whitley. “They’re amazing, well worth travelling to and not available anywhere else. If you’re going somewhere for a weekend, it’s entirely sane and logical to concentrate on things that are genuinely unique to that place.”

Often, the mass experiences that are sneeringly dubbed “touristy” are popular because... they’re good. Climbing the Sydney Harbour Bridge (expensive but worth it) was an epic experience. Bobbing across Hong Kong’s Victoria Harbour for about 20 pence on the Star Ferry, watching the neon skyscrapers light up the clouds, is top on TripAdvisor for a reason. There are few places you can learn as much about European art as in the Louvre (yes, I know the queues are ridiculous and the Mona Lisa is much smaller than you’d think).

As Mark Jones writes today in The Independent, some of the world’s most special travel experiences are those that are shared by millions of others: the Valley of the Kings, Paris’ Latin Quarter, Uluru at sunset.

Of course, there are ways to be a tourist and to travel responsibly with good grace. Think twice about going on a cruise ship to Venice. If you want to visit Amsterdam, why not stay in nearby Rotterdam for a third of the price and take the (20-minute) train instead? And Osaka has a much better vibe that crammed Kyoto, let’s be honest.

Plus, being a tourist allows you to plough money into the places that really need it. Tourism contributed $8.8 trillion to the world economy in 2018, with 319 million people employed in the industry according to figures from the World Travel & Tourism Council. That’s almost one in 15 people worldwide. Are you still ashamed of being a tourist?

Let’s indulge in being tourists, in the joy of the shared experience, the eye of the outsider. My next trip is to Greece, where I plan to visit the Acropolis and spend all day at a beach club in Mykonos. And there’s absolutely nothing wrong with that.