Noted economist and Ex-Prime Minister, Dr. Manmohan Singh recently opined “‘All-round mismanagement’ by Modi govt resulted in slowdown in economy”. Dr. Manmohan Singh should have introspected about whether he really did a good job or only paid media peddled manipulated news to position him in a positive manner. In September 2013 quarter, Congress-led UPA Government delivered an even worst economic growth of 4.8% compared to 5% growth delivered in June 2019 quarter. Of course, there was no demonetisation and no GST then in 2013 to cause such a disaster. Dr. Manmohan Singh seems to be losing memory, or maybe he was given a typewritten statement by someone in 10, Janpath and he just said what he had to say. 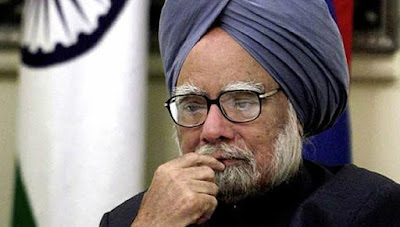 Congress had the worst performance in all respects including:

1. Diverting money from public investments in infrastructure into politically popular schemes like MGNREGA. No woke liberal claiming to be a great economist will ever speak about ills of such expenditure that is not just inflationary but also puts a hole in public finances. Post-2008, while China invested aggressively in creating infrastructure for the next 50 to 100 years, India under Congress-led UPA Government squandered taxpayers’ money in MGNREGA.

2. The NPA crisis seen in NDA tenure is a creation of Congress itself. Raghuram Rajan, former RBI Governor,  has accused UPA for NPA crisis. As per some very popular and credible theories, Sonia Gandhi and her coterie looted PSU Banks by taking bribes of anywhere in the north of 8% to sanction loans to scrupulous crony capitalists. NPA number was very smartly understated by bankers. It was only after RBI under the leadership of Dr. Rajan forced banks to become stricter and prudent in accounting and providing for the same. That resulted in NPAs jumping from around Rs. 2.5 lakh crores to Rs. 10 lakh crores. Till then bankers were handling window dressing to keep their books beautiful. By the time Congress had handed over the Government to BJP, it had looted the country and its banks totally (USED SCORCHED EARTH POLICY) and what Modi got was a broken economy which was only good on paper and of course fake news of India doing good by compliant media.

3. The mismanagement of economy after Global Financial Meltdown and Government of India led by an expert economist going for 3rd Stimulus and asset bubble created due to easy liquidity and low-interest rates and diversion of funds from productive use to speculative purpose was the key reason for RBI initially under Dr. D. Subbarao and then Dr. Rajan getting very rigid and inflexible to accommodate the pleas of Finance Ministers. This mess was also a creation of Congress-led UPA Government.

4. Sonia Gandhi and her unconstitutional leftist kitchen cabinet called NAC is much to blame for all wrong economic policies of UPA Government and the great economist Dr. Manmohan Singh was a mute spectator and remote control driven puppet who worked on allowing Sonia Gandhi screw the economy.

5. Congress-led UPA Government created a steroid driven fake economy that was never sustainable. On top of it, they emptied the banks hurting economic growth.

This doesn’t mean that Modi Government is not at fault. I will not blame Arun Jaitley because the buck stops at the PM’s doorstep. Extreme focus on reducing the fiscal deficit and curbing inflation to result in lower interest rates has caused larger damage to the economy. Demonetisation did suck up much of the cash and the Government didn’t have any means to compensate that loss by more than adequate public expenditure. Demonetisation definitely decelerated the growth. To remove black money and end corruption (and both remain till date despite all claims of same being eradicated) all that Modi Government did was to remove all cash from the system. Cash is the lifeblood of the economy and removing cash for 50 plus days and then slowly infusing blood in the economy has caused this economic slowdown by killing consumption.

Dr. Manmohan Singh’s accusation of the flawed implementation of GST is a stupid argument. Yes, while GST started on a bumpy note, the Government has done a lot of course correction. I have seen how GST rules and rates were changed to make it convenient for the business community. Initial hardships were definitely experienced by all businessmen but later the Government has been receptive to ideas and requests in simplifying things. This doesn’t mean everything is simplified and GST is perfect but from what I have seen and experienced, it is a fact that Government is proactive in ensuring that problems in GST are addressed as much as possible. However, issues like blocked credits on certain goods and services like real estate, higher rates on certain products like cement, double taxation of reverse charge on Ocean Freight, still remain and are unlikely to be sorted out in near future. GSTR 9 still remains a problem. However, amid all these issued Government has introduced a dispute resolution scheme to settle all litigations in excise and service tax, which is a win-win situation for tax department and taxpayer. So GST is not at all a bad thing like what Congress is trying to project. Rather it is a mixed bag with some mistakes and some of them addressed and corrected and some remaining unresolved.

What I believe is that PM Modi has definitely done some mistakes and he is not above criticism. But then when we look at the economy, it doesn’t work that we only look from 16th May 2014 and start with a fresh new account. PM Modi inherited a bagged and legacy of flawed and disastrous economic policies of Congress tenure that wreaked havoc in UPA 2 tenure and subsequently during BJP’s tenure.

Hence Congress is equally to blame for many of the problems that we are facing. It is advisable that Congress doesn’t speak about the economy with half-baked and flawed information to show themselves in good light and castigate others.