What little kids need to know about sex

I live in the Bay Area, where, according to my very unscientific estimate, approximately 8 out of 10 parents self-identify as enlightened. These are the moms and dads who broach thorny topics like race, poverty and sexism with their young children, undeterred by their complexity and high stakes.

Still, not all topics receive such a sensitive and nimble treatment. When it comes to talking about sexuality with young children, the majority of these otherwise open-minded parents become skittish and tongue-tied, wholly uncertain of what to say and how to say it. Private part exploration may be common and developmentally appropriate in little kids, but many of the grown-ups in charge of them would really rather not acknowledge it.

This, child development experts are increasingly realizing, is a mistake. Adults need to speak with their children about bodies and relationships openly and honestly, and from an early age. Doing so helps kids navigate their current sexuality-related curiosities and increases the odds that they will one day find themselves in satisfying and respectful sexual relationships. 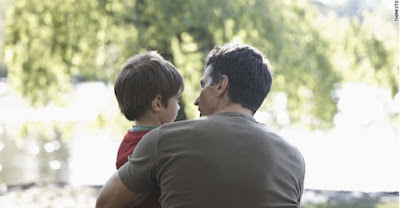 More than just STDs and intercourse
For decades, school-based sex-education in the United States focused on preventing unwanted pregnancy and STDs, and it was only for teenagers. The big takeaway was how to avoid something bad, albeit with a massive blind spot toward sexual assault.

Today, curricula have begun to expand beyond the worst-case scenarios, explained Jennifer Driver, state policy director of the Sexuality Information and Education Council of the United States.

More and more programs have begun to address relationships, sexual identity, biology, gender, boundaries and pleasure. As the scope has widened, so has the intended audience. Many experts now believe that preschool and early-elementary age kids should be learning about these topics as well, and a small but growing number of American school districts have begun to teach them in the classroom.

Even with all this progress, the United States still lags far behind the Netherlands. There, "comprehensive sexuality education" for young children in schools has been taught for decades. Preschool-age kids receive lessons about anatomy, with the help of dolls, and learn about the differences between male and female bodies and how bodies change over time.

The curriculum also includes lessons on friendship, love and how to communicate boundaries and desires. How do we touch one another? When is it appropriate to touch another? And when is it OK to be touched by another?

"It's easier to start with young people, because once they get older, they still giggle but are already used to it," said Elsbeth Reitzema, project leader for primary education at Rutgers WPF, a Dutch institute for sexual and reproductive health and rights.

"Also, it's important to tell children everything before they go through puberty, because you want them to understand the way their bodies will change and understand sex before they are getting into sexual relationships."

Research suggests that this approach works. A 2010 evaluation found that Dutch 10- to 12-year-olds who were exposed to sexual education from an early age were more knowledgeable about their bodies, more accepting of homosexuality and more assertive when it came to setting boundaries and expressing preferences around physical intimacy than those who weren't.

Teachers in the Netherlands report an increased openness toward sex and relationship talk among their students overall, as well as an increased willingness to call someone out for behaving inappropriately. Also, all that early sex talk did not turn the nation's teenagers into Caligula. Dutch teens have a high contraception use rate and a low teen pregnancy rate and don't have sex any earlier than those in other European countries.

How to talk about 'playing doctor' and more
Unfortunately, most American parents can't expect the words "penis" and "vagina" to be used in their local kindergarten classroom anytime soon. Until then, we're all home-schoolers when it comes to teaching our children about their bodies and relationships.

Books can help, but only to a point. Unfortunately, most of the age-appropriate literature focuses on how babies are made, leaving out everything else that the average little person is interested in. Their curiosities tend to drift south, to their anatomy and its mechanics. One part of their body feels different from the others and looks different than that of half the people they know. What's going on?

"They want to look at other bodies, touch other bodies, and they want to explore the difference between boys and girls. It is all very innocent and part of the normal sexual development of children.

They don't have the same mindset as we do. They are just curious."

When body part exploration begins to happen -- and it is probably going to happen -- Reitzema encourages parents to begin with the positive. Teach them the correct name for their body parts, and tell them that it is OK if they find touching their penis or vagina pleasurable. Then get into the qualifiers. Explain that exploring these body parts should happen in private, and when it is done with friends, it is very important to make sure everyone is OK with it.

"You are teaching them about boundaries and that they can say no, that their penis and vagina is theirs, and they are in charge of who is touching it and seeing it," Reitzema said. They also learn about how to check in with their friends and vocalize concern.

Overall, a lot of early sexual education isn't really about bodies but relationships. We can teach kids how to express themselves and respect others. We can also teach them that there are lots of different types of relationships, some boy-boy, some girl-girl and some boy-girl, and that's OK.

"You have to lay the foundation early and show them how to communicate their likes and dislikes so when they get to high school and are in a sexual relationship, they are prepared," Driver said. "In kindergarten, this can mean talking about what it means to be a good friend and how to ask for a pencil or pen in a respectful way. It can be very basic and still teach them what consent looks like."

The good news is that our little kids are likely to be pretty cool with it. They're soft puddles of clay, malleable, impressionable and clueless about the way sexuality has been blanketed by secrecy and shame. We're their first and most influential guides on the subject. If we present pleasure as something natural and boundaries as something everyone should voice and observe, the odds are that they will grow up to see them that way as well.