Brands spent an estimated $2 billion on marketing through Instagram “influencers” in 2017, and that number is expected to balloon to $10 billion by 2020. The game has become so lucrative that many people are finding all kinds of ways to fake influence in order to reap the rewards. Popular photographer Trey Ratcliff has written a new book that exposes these “cunning tricks.”

While attending luxury travel events over the years, Ratcliff has personally met many “influencers” who have fraudulently ballooned their follower counts in order to appear, in the eyes of brands, more popular than they actually are.

Influencers can, depending on their follower counts, earn anywhere between $1,000 to well over $100,000 for a single sponsored post. And that’s just cash — influencers also routinely receive freebies such as products, hotel stays, plane tickets, restaurant meals, and more. So it’s not hard to see why people are desperate to fake their way from social media rags to riches.

One of the big ways faux influencers “fake it” is by purchasing most of their engagement from bots, or computer programs that pretend to be legitimate human accounts. Ratcliff wanted to see how lucrative “buying influence” is, so he decided to build up a fake influencer on Instagram as an experiment.

Spending an average of $40 for each 30,000 followers, Ratcliff racked up 104,000 followers and thousands of likes and comments on the fake account, @genttravel. 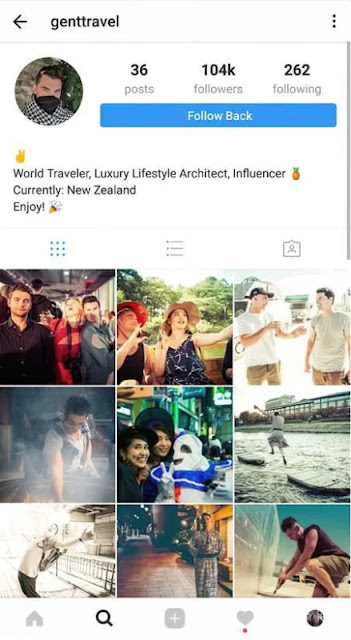 Ratcliff then approached marketing agencies in search of brand sponsorship. He found that agencies were happy to suggest brand partnerships and sponsorships simply based on the artificial numbers.

The photographer then decided to take everything he has learned about the Instagram black market and write a book to open people’s eyes to it. It’s titled “Under the Influence – How to Fake Your Way Into Getting Rich on Instagram: Influencer fraud, Selfies, Anxiety, Ego, and Mass Delusional Behavior.” 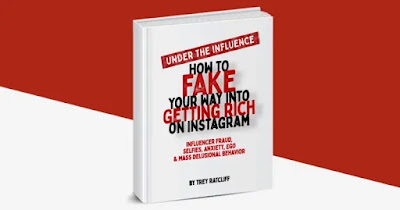 “I see quite a bit of suffering out there on social media, and that’s why I wrote this book,” Ratcliff says. “I hope it is a fun way to open the door, if even just a little, to have people become more mindful in their daily activities. Social Media, if used wrongly, can really add to a lot of undue suffering.

“Another source of suffering is some of these Instagram Influencer charlatans are using completely unscrupulous tricks to gain a big following and engagement to trick brands into giving them the seemingly ideal lifestyle that is perfectly Instagrammable. So, a lot of people suffer anxiety when they see this stuff online because they feel like losers.

“But that is all based on a lie, so there is zero need for you to have any internal suffering by comparing yourself to a crook.”

(Source: PetaPixel)
Posted by Arjunpuri at 10:30