The shop where it's OK to be different

Two brothers on the autistic spectrum were looking for work when one had the idea of opening a comic shop. It turned out to be an inspired choice.

When Adam Makey told his mother that he wanted to open a comic shop, she laughed out loud.

The idea seemed "ridiculous", Angela Makey says. She knew he'd been obsessed with comics since childhood. But how would he deal with customers and suppliers and all the other jobs that running a business entails? His Asperger syndrome would be a big hindrance, she thought.

On the other hand, it wasn't clear what else Adam would do for a living. 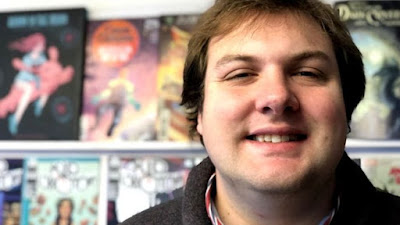 He had a degree in philosophy and had learned to live independently, but there didn't seem to be any suitable jobs going.

The family had hoped he and his younger brother Guy, also on the autistic spectrum, could find work that matched their strengths: reliability, punctuality and attention to detail. But all available opportunities seemed to involve occasional shift work - and they needed a regular routine.

Angela had seen statistics from the National Autistic Society, which said that only about one in six people with autism were in full-time employment. Fewer still had found jobs that matched their abilities.

"We knew the cards were stacked against them," she says.

So the "laughable" comic shop idea began to grow on her.

Eventually she used her savings to buy a quaint Tudor shop in Huntingdon in Cambridgeshire, and seven years ago Niche Comics was born.

Like many people with autism, Adam and Guy love comics for their world of rich detail and visual expression. For some it helps that the characters' emotions are so clearly signposted.

There is also something appealing about the stories they tell.

"Comics became very important to me when my parents told me about my Asperger syndrome diagnosis," explains Adam Makey.

"They are a reminder that it's OK to not be like everyone else."

Adam was seven at the time, and just graduating from an interest in Beano and Dandy to Marvel comic heroes on TV. He's now 30, and comics and their heroes have been part of his life all that time.

There's also the escapist fantasy element, says Guy. He pauses to consider something else. The larger-than-life superheroes with a moral mission are appealing. "Their motivations are easier to understand, their aims and goals are easier to decipher than, say, someone you've met in the street."

Adam says he was drawn particularly to Spiderman. "It's because of the whole, 'with power comes great responsibility' theme," he says. "He was just a regular person who had powers and wanted to help people." 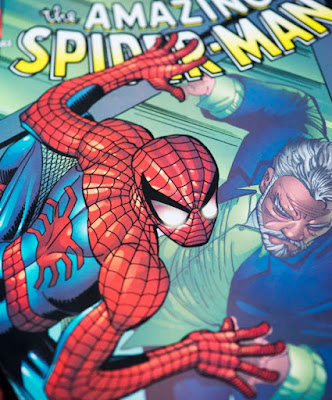 According to Angela another big factor is that comics are "not seen as judgmental, there is no age-limit, there isn't any measure of ability". An adult is just as welcome in the world of comics as a child.

Comic fans can also relish building up encyclopaedic knowledge of characters, editions, publishers, authors, illustrators, one-off collaborations - and this is something the brothers are adept at.

Interested in comics about Vampires in the horror genre?

"Originally it was a collaboration between Scott Snyder who does some of the current Batman stuff for DC and Stephen King the famous horror writer," he points out.

He continues without pausing: "Vertigo was the home of Hellblazer, which is the home of John Constantine, which is a very popular character, to the point where he got his own TV show for a while and he is still a character on Legends of Tomorrow, the DC TV show. And also they did the Keanu Reeves film, which is very different from the comic. And they do Sandman as well, which is Neil Gaiman's big-name comic." 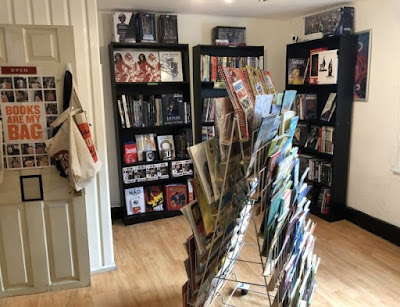 The brothers relish acting as guides in this universe, introducing customers to new comics.

"The beauty of it is you can hand-pick the comics in your own shop. It's an embarrassment of riches," says Guy, 26.

"We have a system of organised chaos."

But the brothers can pinpoint where every comic is and lead customers straight to them.

There is some friendly rivalry when it comes to generating sales, and converting newcomers to their favourite genres: for Guy, the classics from the 40s and 50s, featuring Superman and Captain America, for example; for Adam, newer comics like Black Panther and Sandman.

In the early days, problems with numeracy and communication - with customers and suppliers - threatened the very existence of the shop.

Typically with autism you don't find uniform levels of ability across subject areas, explains Angela, but peaks in some and troughs in others.

"Adam and Guy are both very visual, incredibly interested in literature and plays," she says. "However one of their troughs is mathematics. Letting loose two young adults with autism was quite a risky business."

Customer payments were a big problem. The brothers struggled to enter prices into the till, and then to enter the same total on the card-reader machine.

"Numbers went the wrong way round, or there was a zero missing," recalls Angela.

To get round this, the shop invested in a till where barcodes, prices and the card-reader machine are all integrated and no numbers are inputted at the point of sale. 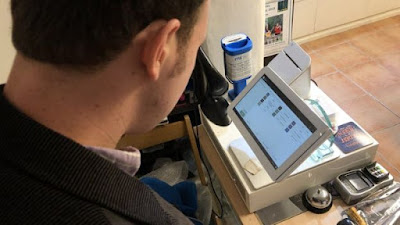 There were also problems dealing with the companies that provide stock. People with autism need very clear, literal instructions and don't like uncertainty, Angela says. Important information needs to be well sign-posted whereas in everyday conversation, sentences are often left incomplete and thoughts unfinished.

A joint email inbox became necessary so Angela could intervene if she saw any confusion creeping in.

These days Angela describes her main role in the shop as "interferer".

Working full-time with an IT Services company outside Huntingdon, she can only devote so much time to her sons' business. She looks after accounts, tax returns and online sales, but they take care of the day-to-day running of the shop.

Financially it has always remained in the black, though the brothers only draw a small wage. 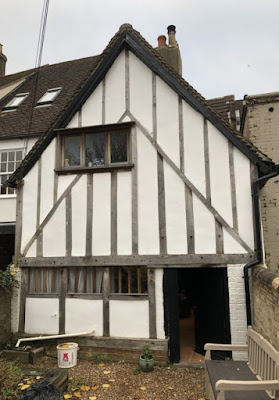 Of course, the majority of customers who come to the shop are not on the autistic spectrum. But the brothers do get a steady stream of customers who are, both male and female, from young children to pensioners. These people may deliberately seek out the shop because of its reputation for offering a welcoming experience.

"Being on the autistic spectrum ourselves is a big help dealing with neurodiverse people," Adam says.

Not every customer with autism wants to discuss their condition, but the brothers are good at spotting the signs.

"It's an instinctual thing," says Adam.

"Maybe it's the tone of the voice, the motion of a hand," says Guy. "Small details that most people won't pick up on that I might have insight into; rubbing of the fingers, fidgeting, or just a sense of distraction."

The shop has been laid out with these customers in mind. People with autism feel textures, sounds and light very keenly, to the point where they can become overwhelming.

"We make sure there aren't too many distractions and we are aware that people with autism might have very specific interests," Adam says.

One of the reasons the shop is called Niche is that it has nooks and crannies where customers can retire to read in peace and quiet, away from undesired sensory stimulation. 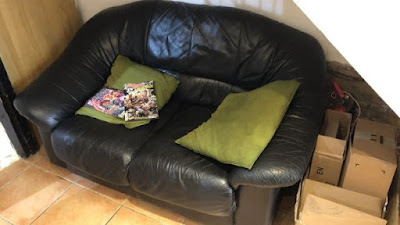 Once the shop had established itself, the brothers also began reaching out to people with autism beyond the shop.

Three years ago Adam started giving talks to young people who are learning-disabled. As a result, some teachers realised that graphic novels were a great way to reach out to people on the spectrum.

Building on those links, the brothers began to take regular "referrals" for work experience from schools and colleges.

The idea is people with disabilities can practise for working life in a safe space.

This is one way the shop can serve the community, says Angela, providing opportunities that less sympathetic employers would not.

"The hidden disabilities of communication and autism are forgotten or overlooked by many people," she says.

"Individuals on the spectrum can be articulate, opinionated, excellent problem solvers, but also incredibly reliable."

In short, excellent employees, if given the right support.

Young people on work experience are first set a task in isolation, often sorting out comics at the rear of the shop, which is repetitive and methodical. Eventually they will graduate to working behind the till.

"After a few days," says Angela, "people who were perhaps not communicating at all come outside themselves and start engaging. 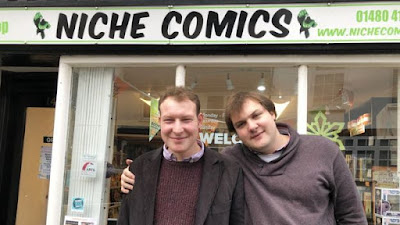 Seven years on, Angela is glad she took the risk of helping her sons create their dream shop.

"It's been an emotional journey and if I'd known what I know now, I would have had to dig deep to go ahead with it," she says.

"But it was the right decision. This shop has a soul."