God, the Supreme Being, reigns in every human heart. Yet to approach Him physically stood denied to sizeable numbers all over India who were constrained within the orbit of Avarnas (as against the Savarnas) cruelly and contemptuously labelled as ‘untouchables’. Progressive Travancore with much to its credit was unfortunately no exception in this case.

However, when the brittle pages of the far past are turned back, the year 1486 AD rises like the splendorous sun—King Jayasimha Devar of Venad ruled the land. He enacted a reform far ahead of times. Generations can offer nothing to compare with the reform dealing with social justice and social emancipation enacted by this noblest of kings. It directly extended to the dyers of Parasurama Perunteru near Nagercoil. These dyers who had come and settled from far-off lands were branded lower caste and were at the receiving end of acute caste discrimination. They could not worship the village deities, like the upper classes. The dyers had to pay all kinds of taxes and were forbidden from approaching the King directly. Violators, besides getting corporal punishment, would be evicted from their own village and would not be allowed to use village wells. When King Jayasimha Devar visited Vatasseri, these unfortunates pleaded their case before him. After lending a sympathetic ear to them, the benevolent Ruler ordered:

That if they had grievances they might present themselves before the King whenever he came in procession on his elephant;

That all taxes except those for the upkeep of the army and the navy were slashed;

That the upper classes should not interfere with their religious worship or festivals;

That they should be subjected to no injustice;

That they could use public wells and tanks without restrictions;

That meddling in their affairs by Brahmins, Pillamar and other upper classes would invite Royal displeasure and punishment.

Sometime during the cyclic rotation of seasons, Jayasimha Devar and his stunning reform were banished into oblivion. In the 1700s, Maharaja Anizhom Thirunal Marthanda Varma the Great, architect of modern Travancore, conferred on the Ezhavas many an important position. The presence of Avarnas in administration and such do not come under the survey of this chapter as of now. It stands restricted to one aspect—the fundamental right of worship of every Hindu in the State of Travancore.

The Vaikom Satyagraha (1924–1925), which commenced in crescendo of clamour during the final year of Sree Moolom Thirunal’s reign and concluded in success during Pooradom Thirunal Maharani Setu Lakshmi Bayi’s regency, was a landmark in the struggle for the dignity of the human being, in this context the sizeable Avarna population of Travancore. This major issue apart, the rule of both the Maharaja and the Maharani Regent have widely invited much appreciation. The view that this Satyagraha was the initial step against untouchability is chronologically incorrect. A brief flashback of events is narrated.

At a public meeting held in Quilon (now known as Kollam), an important town in Travancore, in 1917, Sri C. Raman Pillai, retired High Court Judge (and hailing from the upper caste) appears to be the first to ask that all State temples may be opened to the Avarnas. Then came the more serious move by the prominent leader of the Ezhava community (which even then stood on a much better footing) Sri T.K. Madhavan (who did not live to see the fruits of his labour) whose demand was on the same lines: removal of untouchability and entry into temples. He was also the editor of a Malayalam weekly Deshabhimani which was a distinct advantage to him. A representation was brought before the Sri Mulam Popular Assembly. In 1921, he again raised the question before the Assembly. At both instances it met with no success other than it was heard.

A very strong organization of the already established Ezhavas had taken birth under the banner of the great spiritual Guru revered as Sree Narayana Gurudevan, a multi-dimensional personality. It went by the name SNDP (Sree Narayana Dharma Paripalana) Yogam and continues to be a real force in the socio-religious-political scenario of the State of Kerala. (It has to be added that Sree Narayana Guru was totally nonpolitical.) At every one of their meetings the Yogam under the Guru had been passing resolutions for temple entry.

A slight digression may be pardoned. It has been said many a time that once when the Guru was resting on a beach (possibly Varkala) one of his disciples asked of him when there will be an end to their sorrows. The Guru replied that a king is going to be born who will put an end to them. The king who was born next was none other than Sree Chithira Thirunal. Guru’s words were prophetic.

Yet another sage of the city Sree Ayya Guru Swamikal, famed for his saintly eminence, had also predicted this young King’s birth. He declared in Tamil that a king is going to arrive with scepter and royal umbrella. The royal personage in question was Sree Chithira Thirunal. Thus, Sree Chithira Thirunal received the blessings and acknowledgement of great spiritual personages even before birth.

The 1923 Kakinada Congress meeting constituted the Kerala Untouchability Committee to work for removal of untouchability. It is extremely significant that the Avarna cause received solid support from the Savarnas which was impressive. Kerala Hindu Sabha, Nair Service Society (NSS), with Sri C.K. Parameswaran Pillai as its long-term President and Sri Mannathu Padmanabha Pillai as General Secretary, Yogakshema Sabha, the premier organization of the highly respected Namboodiri Brahmins, and the Kshatriya Mahasabha to which the royalty (including of Travancore and Kochi) and most of the aristocracy belonged, all strongly supported this peaceful agitation. It is a matter of lament that while the undeniable ills were generated due to long standing Savarna attitudes and actions which have invited repeated negative exposure in the modern age, the part they played in the peaceful success of implementation of the Temple Entry Proclamation (1936) is also undeniable, but oft banished behind shadows.2

It should not be misconstrued in any way that all was smooth sailing. Opposition was very much in evidence from certain power centres. That it was finally peacefully resolved, was indeed the grace of God.

It is informative to glance at the numbers of the different caste groups which formed a staggeringly substantial mega section. In rough estimate, the Ezhavas who were around a million strong and who were even then cultured, educated and with economic standing, stood well ahead of the other marginalised sections. The other castes recorded were the Pulayas who were about three hundred thousand strong, and engaged in agriculture as labourers; Parayas too about three hundred thousand; Channars or toddy tappers and connected workforce, all also reaching the same numbers. Apart from field labour, their services were essential on many fronts, including for jaggery production to meet the steady demands from temples, households and food outlets.

Indeed I had the privilege of meeting the Maharani and her young hope, the present Maharajah, when I was in Travancore years ago. The Maharani had even then professed her belief in the reform. I had even jokingly asked the boy, as the Maharajah then was, whether he would remove untouchability and throw open temples when he mounted the gadi of Travancore. He had enthusiastically said, ‘Of course. To put the record straight, at that time (in 1925), Sir C.P. was not involved in any way, though at later stage his contributions were solid.

At this time the Vaikom Satyagraha was in full swing. During the interview at Varkala Palace with Gandhiji, the Regent Maharani was not alone; her consort, the Valiya Koil Thampuran who was the inevitable presence, was also there. With his considerable power of expression, Gandhiji appealed to Her Highness to issue a new ‘Smrithi’ to resolve the uprising and to throw open the temples to all. Both of them expressed their sympathy to the cause of liberation of the Avarnas. However, ‘they felt burdened with the responsibility of a great State and told me that the time had not come for taking such a step’.4 She also rightly felt that the Savarna stand in the matter was inevitable.

Gandhiji had become a huge factor exercising tremendous power and control over the minds of the multitudes. The Regent had her own reservations on the responsibilities and repercussions that would become her destiny. At the same time, it was none other than Gandhiji who was passionate about the reform, who brought it up. Dissent would be a disaster and not required as the Regent had no intention of associating, apart from expressing sympathy.

Uncharitable minds whispered that her positive attitude regarding temple entry without going a step further would have been a diplomatic option.

Possibly unavoidably, the Maharani Regent’s and her consort’s stand commenced and concluded with sympathy to the cause while the young (boy) King, Sree Chithira Thirunal did not even require a second to respond enthusiastically, “Of course”. Gandhiji had met him at the Kaudiar Palace.

Quite a few steps were taken, many rallies organized, resolutions passed, all revolving around hateful untouchability, before the stage was set for the Vaikom Satyagraha (1924–1925). It received sweeping support of big names from within the State and outside, including the decisive presence of Mahatma Gandhi. Savarna support was significant but so also was strong opposition. In a historic step the Regent Maharani Setu Lakshmi Bayi abolished the restriction on the use of the roads leading to the great Sree Mahadeva Temple at Vaikom applicable to the Avarnas, except the eastern road to the main entrance.5 In itself it was a landmark reform of a gracious reign. With it the curtain fell on the Vaikom Satyagraha.

Sir C.P. Ramaswami Aiyar, already a known figure in India’s multifaceted map, was appointed as the Maharaja’s Legal and Constitutional Adviser. The decision was the Maharaja’s own and resulted in some opposition from even high up

quarters. But this did not make the Maharaja have a change of heart. Sir C.P. served in this important position for five eventful years, harbinger of an equally or more eventful tenure as the Dewan.

With this end in view, questionnaires were sent to 5,774 persons, including temple trustees (especially hereditary), representatives of associations, innumerable members from among the Savarnas, as well as women. Out of the total number, 3,122 persons including eight women responded, with 2,867 being Savarnas. Elaborate study of the pros and cons of such a step which could be designated as courageously revolutionary, with exhaustive discussions with the Brahmins—especially Namboothiri Brahmin sections and the priestly orders, religious scholars and learned men, all featured in this study. Rites and rituals, customs and rules all came under the scanner. In one observation the Committee said, ‘there was a strong feeling among Savarnas in favour of temple entry being allowed’. 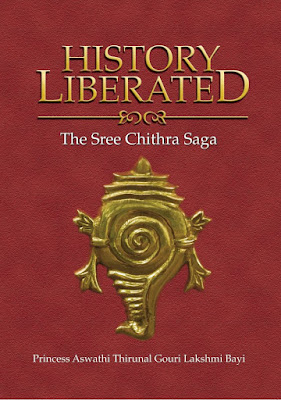