Will Hollywood ever show us the ‘real India’?

The White Tiger is the latest high-profile film to cast its gaze on Indian society. But how accurate is the picture of the country audiences are getting, asks Charukesi Ramadurai.

In a minor scene in the new film The White Tiger, released today on Netflix, rich-kid businessman Ashok (Rajkummar Rao) exclaims to his driver, Balram Halwai (Adarsh Gourav), "you know the real India". The two of them are at a Delhi dhaba – a local quick-stop restaurant, one of hundreds spread over north India – tucking into what looks like a simple meal. Balram possibly eats an even sparser version of this food every day. But Ashok is just back from the US, American-Indian wife in tow, and giddy at the promise of what this market of over a billion people holds for his new business ideas. To him, this meal is one more step towards understanding the puzzle that is his home country. 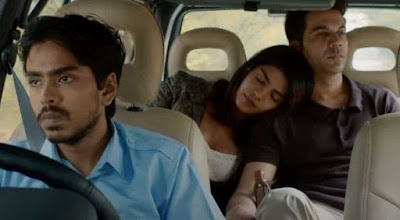 Like Ashok, filmmakers in the West have tried for many years now to see and show the "real India" – imagining it as a land of unknowable contrasts, teeming poverty, boundless opportunities and exotic mysticism. And of course, brown people. The White Tiger, based on the 2008 Man Booker award winning book by Aravind Adiga, may or may not show a real India, but it definitely features real Indians. For Hollywood (and British cinema), where Peter Sellers as Hrundi V Bakshi in The Party (1968) and Sir Alec Guinness as Professor Godbole in A Passage to India (1984) could paint their faces brown and try to pass as Indians, a movie with an almost entirely Indian cast and crew is a step forward.

The White Tiger's Iranian-American director Ramin Bahrani laughs when he talks about this: "For the first time on the set, everyone around looked like me. Everyone was brown, and that had never happened to me before." That was a conscious decision for this film, produced from Mumbai, and with Priyanka Chopra Jonas, perhaps the most high-profile Indian actor in Hollywood right now, as one of the executive producers and stars (playing Ashok's wife Pinky). When the topic of 'brownface' comes up, Bahrani also points to a more recent film which was guilty of the practice: The Social Network (2010), where the entrepreneur character of Indian American Divya Narendra was played by Max Minghella, born to British-Chinese parents.

The casting of Indian talent

This is not to say things have not changed at all when it comes to Hollywood's relationship with India; certainly it has become more welcoming to Indian talent. In the last two decades, several good actors have made the long and rather successful journey from Mumbai to Los Angeles or London: apart from Chopra Jonas, these include Irffan Khan (The Namesake, Life of Pi, Slumdog Millionaire); Deepika Padukone (XXX: Return of Xander Cage); Anil Kapoor (Slumdog Millionaire, Mission Impossible: Ghost Protocol); Aishwarya Rai Bachchan (Pink Panther 2, Bride and Prejudice) and Amitabh Bachchan (The Great Gatsby). And the characters they play are not necessarily written as Indian.

However, while this is big news in India, these roles are often blink-and-you'll-miss-it, and could have been played by anyone. "But that is at least a start," says Baradwaj Rangan, national award winning critic and editor at leading Indian film website Film Companion. "Perhaps the only [Western] movie from earlier that used many Indian actors and technicians is Gandhi (1982), but that is more a British production than Hollywood," he adds.

Hollywood has always approached the outside world as something strange, as in Indiana Jones and Temple of Doom, which shows our savage culture with people eating snakes and monkey brains – Baradwaj Rangan

Aswin Punathambekar, Professor of media studies at the University of Virginia, and author of From Bombay to Bollywood: The Making of a Global Media Industry, says that the UK has always been ahead of the US when it comes to casting actors of Indian origin.

"Even in a popular TV show like The Great British Bake Off, there have been Indian contestants and even winners. And actors like Archie Panjabi and Sanjeev Bhaskar – they play mainstream roles and not just Indian characters," he notes. Indeed, there is a long history of Indian stars in British productions stretching back decades, from Shashi Kapoor in Merchant Ivory's The Householder (1963) and Shakespeare Wallah (1965), to Saeed Jaffrey in multiple film and television roles. By contrast, even now, Punathambekar says, familiar Indian Americans on TV like Padma Lakshmi and Mindy Kaling bear the burden of representation – which translates to "hey, you need to speak for all of us brown people," as he puts it.

What's more, while actors from India – mainly Hindi cinema, or Bollywood – seem to be increasingly finding mainstream roles in Hollywood, the way Indians, and India itself, are depicted in mainstream Western movies and TV shows remains another story altogether. And a largely problematic one. While the Simpsons character Apu – with his grating "Indian" accent voiced by white actor Hank Azaria – has come under great criticism, leading Azaria to stand down from the role last year, the more recent sitcom The Big Bang Theory had nerd Raj Koothrappali speaking in the same heavy, whiney tone that purports to be authentic Indian. And if that wasn't  enough, there are all the show's throwaway references to arranged marriages and households with dozens of servants, in humour as subtle as a blow to the head.

"Hollywood has always approached the outside world as something strange," says Rangan, adding that when there is a story on or from India at all, then it tends to lean towards exotica. "Like Spielberg's Indiana Jones and Temple of Doom (1984) – supposed to be set in India, but actually shot in Sri Lanka – showing our savage culture with people eating snakes and monkey brains," he laughs. He also cites the examples of Eat, Pray, Love (2010), where India equals spirituality, and the very cringey The Best Exotic Marigold Hotel (2011), about a retirement home for British ex-pats in Jaipur, "which seems like Indian kitsch to us here, but perhaps to a British audience, it seems like their India dream come true…"

There is of course one film about India that has had a seismic worldwide impact in recent decades: the Oscar-winning Slumdog Millionaire (2008). Rangan believes that its success was due to the fact that it is a universal feel-good story about a poor man who makes it big. "All of us cheer the underdog who wins against all odds. If it had been set in the heart of Africa or the US's rust belt, as long as it is a poor milieu, it would have received the same positive response," he says.

Punathambekar notes that Slumdog Millionaire did act as a turning point, in that it showed Hollywood studios that well-made movies about India and with Indian protagonists could click with global audiences, and need not be restricted to south Asians (within and outside the US). He also says that this movie paved the way for the rise of new south Asian faces and voices in the US, such as Kaling, Aziz Ansari and now, Hasan Minhaj.

However he also points out that India is still far from being given its due in Western TV and film – and that there is a very distinct difference between the way Hollywood views India as a box-office market and India as a source for talent and stories. "India is seen as ripe for co-production and distribution ties – it is a valuable market, only after China. But as far as storytelling is concerned, we have a long way to go here," he says.

The movie is fun and funny, but there is a simmering rage underneath that I think people around the world can feel – Ramin Bahrani

Coming back to The White Tiger itself, Bahrani says he was attracted to the character of Balram Halwai because of his cheeky, subversive humour and his utter lack of remorse about any of his actions, as he climbs his way up the social ladder, from chauffeur to entrepreneur. More broadly, meanwhile, he was taken with the tone of the novel. "The movie is fun and funny, but there is a simmering rage underneath that I think people around the world can feel, especially if they are sick and tired of being servants to other human beings, or society and economic forces that are against them."

However while the story does try to offer up a cynical view of India's complex class system, it is also a fairly simplistic rich-equals-bad and poor-equals-good spiel. (And isn't India's infamous caste system itself one of the most exotic narratives about the country on the international stage?). So, in some ways, nothing has really changed.

"I can only hope that there will be more conversation about India and south Asia now with Kamala Harris on the scene," says Punathambekar. But he believes that movies like Slumdog Millionaire and The White Tiger are rare exceptions, and the Western market is not ready to embrace everyday Indian narratives. "If say, [American audiences] watch this on Netflix, and the channel throws up more Indian content based on this history, they may explore more regular Indian content. But I don't think they are likely to pay for tickets to watch such content at the theatre."

The White Tiger is now available on Netflix around the world