What’s in a surname? The female artists lost to history because they got married

Generations of female artists, composers and writers have been lost to history because their names changed after marriage. According to growing academic consensus, the conventional switch of surnames at the altar has erased a key cultural legacy. And the story of the painter and designer Isabel Rawsthorne, told in a new biography, is among the first to make this powerful argument.

A star of the London art scene in the late 1940s and 50s, Rawsthorne was billed as one of five key artists to watch alongside Francis Bacon and Lucian Freud. Yet her striking paintings are now attached, piecemeal, to the three other names she used. As a result, she appears simply as a string of footnotes, best known as the muse of her famous lovers, the sculptors Jacob Epstein and Alberto Giacometti. 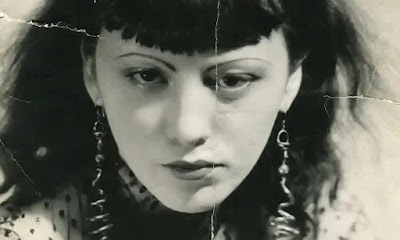 Dr Carol Jacobi, author of the new study of Rawsthorne, Out of the Cage, published by Thames & Hudson, believes it is a question of now hauling significant female artists “out of the shadows”.

“Power really does reside in a name,” said Jacobi, a curator at Tate Britain. “When Rawsthorne died no one connected her to the artist known as Isabel Lambert, who had created so many designs during the Festival of Britain, nor to the bohemian muse Isabel Delmer, and certainly not to the promising artist Isabel Nicholas, who had exhibited in London in the 1930s.”

Jacobi believes many artistic legacies have been mislaid this way. A child prodigy such as Emma Jones, said Jacobi, has limited recognition now only because her husband, Alexis Soyer, made sure her work was credited when she died in childbirth, aged 28, in 1842. Other artists yet to be retrieved from the margins include the American modernist Helen Torr, whose career, despite early acclaim in the 1920s in New York, was overshadowed by her husband, the abstract artist Arthur Dove.

In Scotland, Margaret Macdonald, wife of Charles Rennie Mackintosh, is gradually being acknowledged beyond academic circles. She created many features of her husband’s popular work, shaping the “Glasgow Style” of the 1890s, as he acknowledged, writing: “Margaret has genius, I have only talent.”

The problem is widespread across culture, according to the crusading academic Anna Beer, author of Sounds and Sweet Airs: the Forgotten Women of Classical Music. “The problem really started in the 19th century when the idea of a wife as property took hold,” she said. “Before that, in the previous 200 years, women artists and musicians often hung on to a family name if it positioned them helpfully as part of a creative dynasty.”

Beer also believes an immoral taint on artistic effort in the Victorian era stopped women putting themselves forward. Writing for public consumption was seen as akin to prostitution. “So you can see why women chose to publish anonymously or adopted men’s names,” she said.

Rawsthorne’s extraordinary life began in 1912 when she was born to the middle-class Nicholas family. As a child growing up on the Wirral, her aptitude for art was clear. At 16, she found a way to try life drawing, which was forbidden, by hiring a room where fellow art school students could model.

Arriving at the Royal Academy of Art in 1931, on a rare scholarship for a young woman, her studies were cut short when her father died. But by then she had staged her own shows and met Epstein and his wife, Margaret, eventually moving in with them as a convenient life model. When she became pregnant by Epstein, she decided to hand the baby over to the couple.

Moving to Paris, her painting style developed and she married the British journalist and anti-Nazi “black propaganda” supremo Sefton Delmer, taking his name as a form of protection during travels in civil war-torn Spain, where they were captured briefly by rebels. She gathered intelligence and worked for a period at the covert propaganda bureau in Aspley Guise, near Bletchley Park, run by her husband.

As her art moved from surrealism towards studies of animals and human figures, she returned to Paris and met Giacometti, whose work is believed to have been strongly influenced by her long, lean form.

Back in London and divorced from Delmer, she was the subject of a series of exhibitions and began a relationship with her second-husband-to-be, the celebrated composer Constant Lambert, a man initially also engaged to prima ballerina Margot Fonteyn.

Now “Mrs Lambert”, she worked on the designs for the notoriously risque Festival of Britain ballet Tiresias, performed in Britain in only one production at Sadler’s Wells. A show at the prestigious Hanover Gallery in London followed and she was once again hailed as a talent.

After Lambert’s death, she moved to the Essex countryside and married her third husband, the composer Alan Rawsthorne. “That was Isabel’s surname when she died but, of course, no one connected it to her previous lives,” said Jacobi, adding that none of these marriages brought her the position or security others might have sought. “Instead, Isabel just had to start again at least twice because of her new married identities.”

A 2016 YouGov poll found that more than half of single British women still planned to change their name at marriage, although this marked a 30% fall on the current rate. Separate research has also noted a growing trend to adopt a double-barrelled joint surname on marriage.

What’s in a name, as Shakespeare’s Juliet asked? Well, according to Beer, it is a strong bit of branding for any artist and, in the case of a male genius such as Shakespeare, several different spellings of his surname, coupled with scant archival evidence, did not stop the building of a legacy. “Scholars can find a way around it if they want,” she said.