The State of Qatar has again retained its global distinction in safety as Doha, the capital of Qatar, has been declared as the second safest city in the world.

In 431 cities covered in the report, Doha has been placed at number 2 in terms of safety and low crime rate. Doha secured 87.96 in safety index while its crime index is just 12.04, according to Numbeo’s Crime Index by City 2021. 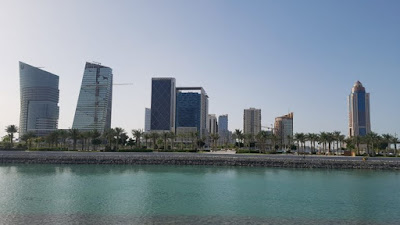 According to the classification rules of the report, cities have been ranked in reverse order that the city that occupies 431st place is the city with the lowest crime rate and ranks first in terms of safety and security.

Doha scored a total of 12.04 points in crime index, being the second lowest scorer of the points starting from zero to hundred points. According to this classification, Doha becomes the second safest city (at 430 position) out of 431 cities covered in the report with a score of 87.96 points in safety index.

Qatar had also retained its position as the ‘Safest Country’ globally as per the 2020 mid-year Crime Index by Numbeo released in July last year.

The placing of Doha at top of safest cities in the world reflects overall security and safety situation in Qatar thanks to the continuous efforts of the Ministry of Interior in its vision of achieving maximum security and stability in society and protecting people's lives and property.

Posted by Arjunpuri in Qatar at 06:56