The politics of Louise Fitzhugh

In the autumn of 1974, one month shy of the publication of her new novel, Nobody’s Family Is Going to Change, Louise Fitzhugh pulled the emergency brake. Authors rarely invoke such a costly and disruptive eleventh-hour freeze, but Fitzhugh persuaded her publishers at Farrar, Straus and Giroux that her book about a Black family in New York City was incomplete.

Stopping the presses is a rare request for any author, but for Fitzhugh, the forty-six-year-old writer of the wildly popular children’s book Harriet the Spy, it was a radical measure entirely in keeping with her practice of telling the truth about children. When Fitzhugh said that she wrote for kids in order to do something good in “this lousy world,” she meant, this misogynist, racist, and homophobic one. As a writer of books for young readers, Fitzhugh wasn’t interested in fairy tales. Nor did she want her newest novel to simply reflect reality, she wanted her readers to be confronted and shocked by the undiluted fact that children were murdered by the police because they were Black in America.

Eighteen months earlier, in April 1973, Fitzhugh had been drafting a version of Nobody’s Family Is Going to Change when she read on the front page of Sunday’s New York Times that Clifford Glover, a ten-year-old Black child, had been shot in the back by a plainclothes police officer in Jamaica, Queens. Fitzhugh saw such incidents of unchecked police brutality as a nauseating throwback to the systemic racial violence of her youth in segregated Memphis, Tennessee. Born to a wealthy family in 1928, Fitzhugh would come to repudiate the white supremacist world of her childhood. By 1950, she’d settled in Greenwich Village. As a young lesbian artist, her first response to just about any assertion of supremacy—white, male, heterosexual, abstract expressionist, or just garden-variety pomposity—was typically to oppose it. 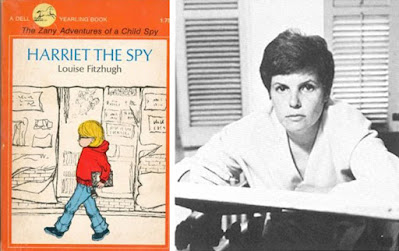 According to the news reports, Clifford Glover sometimes accompanied his stepfather, Add Armstead, to a local auto salvage yard where Add worked and Clifford—who was five feet tall and weighed ninety pounds—helped run errands. Clifford even had his own little wrench, perfectly sized for his fourth-grader’s hand. Soon after dawn on April 27, 1973, two white undercover cops, Thomas Shea and Walter Scott, jumped out of an unmarked Buick Skylark with guns drawn. As one of the police shouted, “You Black sons of bitches!”

Clifford and Add ran. Officer Shea followed Clifford and shot three bullets into the little boy’s back, murdering him. Standing above the dead child, Officer Scott was heard exulting into his walkie-talkie, “Die, you little bastard!”

During the subsequent investigation and trial for homicide, Officer Shea insisted that he had seen a revolver in Clifford’s hand. “I was very, very scared,” he said.

Shea’s acquittal in June 1973, was followed by days of protests in Jamaica, Queens. When Fitzhugh learned Shea had been found not guilty, she wanted to use her power as a writer with a large audience to say and do something meaningful. At the time, she was still working on the final revisions for Nobody’s Family Is Going to Change. She wanted people to remember Clifford Glover, and to incorporate his name into her novel, but she wasn’t yet sure how.

Nobody’s Family Is Going to Change is set in the same Uptown Manhattan milieu as Harriet the Spy. It’s about a Black, middle-class family divided by competing perceptions of art and status. The brilliant, cantankerous, eleven-year-old heroine Emancipation (Emma) Sheridan considers her father a “male chauvinist pig,” and shouts things like, “I’m sick of male images, armies, uniforms, salutes kowtowing. I’m sick of males altogether.” Emma joins a secret revolutionary Children’s Army whose salute—given with a raised fist—is “children first.” The Children’s Army’s organizing principle is rescuing children from “stupid” adults whose actions, whether through ignorance or malice, put children in harm’s way.

A year and a half after Clifford Glover’s murder and Thomas Shea’s acquittal, when Nobody’s Family Is Going to Change was almost at the press, Fitzhugh learned of yet another senseless and racially charged murder of a Black teenager. On September 15, 1974, in Brownsville, Brooklyn, fourteen-year-old Claude Reese had been decorating a basement for a friend’s birthday party when NYPD officer Frank Bosco charged in, ostensibly following a suspect. Claude Reese ran away into a nearby courtyard, where Bosco shot him in the head. Bosco later claimed he mistook the handsaw Claude Reese was holding for a gun. After an internal investigation, Bosco was suspended and made to surrender his weapon, but he remained on the force.

The month after Claude Reese’s murder, as protests demanding justice erupted in and around Brooklyn, Fitzhugh decided that it was time to make her views, which had always been implied in her novels, explicit. She stopped production to add a paragraph to memorialize the names of Clifford Glover and Claude Reese.

As eleven-year-old Emma Sheridan enters an empty warehouse in an alley off Seventy-Ninth Street, she finds an enormous room where hundreds of kids are milling around. Harrison Carter, the teenage leader of the Children’s Army, begins the meeting with the new invocation that Fitzhugh stopped the presses to insert:

“The first thing today is a minute of silence in memory of two innocent victims, Clifford Glover and Claude Reese, shot down in the streets by policemen when they were only ten and fourteen.”

“We will never forget.”

Fitzhugh didn’t join street protests, but her books had broad commercial reach and the potential to shape social consciousness.

She would not live to see if her finished book had the desired effect.

She died suddenly from an aneurysm, just a week before Nobody’s Family Is Going to Change was published. Her novel was met with mixed notices, and not a single reviewer mentioned the two murdered youngsters.

About four years after Fitzhugh’s death, Audre Lord published a poem about Clifford Glover, in which Lord declares she is “trying to make power out of hatred and destruction.” For years, the intertwining stories of Clifford Glover and Claude Reese have ebbed and flowed beneath the surface. It’s not hard to imagine a version of young Emma Sheridan today, in the streets, still demanding action against the murder of so many schoolchildren, still demanding that we say their names.