'We're on the floor and we can't breathe, and it's very, very, very hot'

Among the most poignant aspects of the 11 September attacks were the telephone recordings of some of the victims.

Emergency calls were made to 911 dispatchers and family members, as people caught up in the atrocity grappled with the severity of their situations.

Some came from the four hijacked aircraft, which smashed into the World Trade Centre, the Pentagon and a field in Pennsylvania. 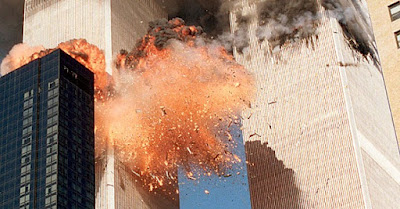 Others came from inside the buildings by people trapped inside. Many never made it out.

In addition to providing harrowing documentation of the human impact of the attack, the calls were also used as evidence in the trial of 9/11 plotter Zacarias Moussaoui.

These are some of the calls made on the day of the attack.

Melissa Doi
Businesswoman Melissa Doi, 32, worked on the 83rd floor of the South Tower in the World Trade Centre.

She and five other people became trapped in an office after United Airlines Flight 175 smashed into the tower. Her call recorded her talking with a New York Police Department dispatcher.

Asked if anyone had arrived to rescue her, Ms Doi replied: “Well, there’s no one here yet, and the floor’s completely engulfed. We’re on the floor and we can’t breathe, and it’s very, very, very hot.”

Later, she asked the operator: “Can you stay on the line with me, please? I feel like I’m dying.”

Kevin Cosgrove
Insurance executive Kevin Cosgrove, 46, was also trapped in the South Tower and speaking to an emergency dispatcher.

“We’re young men,” he said, while pleading for oxygen. “We’re not ready to die.”

He said later: “My wife thinks I’m all right. I called and said I was leaving the building and that I was fine and then — bang [the plane impacted].”

The call ended with Mr Cosgrove screaming as the tower collapsed.

Betty Ong
Betty Ong was a flight attendant on board American Airlines Flight 11, which hit the North Tower of the World Trade Centre.

She relayed to American Airlines that her plane had been hijacked and that some members of the crew had been stabbed.

She also relayed other important information, including that access to the cabin was blocked, and a mace-like substance had been dispersed on board.

“The cockpit’s not answering,” she said. “Somebody’s stabbed in business class and—I think there’s mace—that we can’t breathe. I don’t know, I think we’re getting hijacked.”

(Source: The Independent)
Posted by Arjunpuri at 14:00