Actor made a rare exception for Annabelle Wallis in ‘The Mummy’

Tom Cruise never usually lets actors run alongside him in movies, according to his co-star in The Mummy, Annabelle Wallis.
Speaking about working on the 2017 film with Cruise, Wallis revealed that the actor made a rare exception for her.

“I got to run on-screen with him, but he told me no at first,” she told The Hollywood Reporter. “He said, ‘Nobody runs on-screen [with me],’ and I said, ‘But I’m a really good runner. 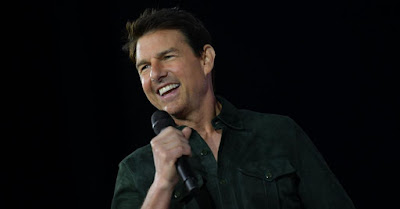 “So, I would time my treadmill so that he’d walk in and see me run. And then he added all these running scenes. So, that was it. It was, like, better than an Oscar. I was so happy! I was so happy that I got to run on-screen with Tom Cruise.”

Though Wallis – who is promoting her new film The Silencing – did not elaborate on Cruise’s running rule, it appears to be in place because Cruise is concerned that other actors cannot keep up with him.

Cruise has a reputation for being meticulous and extremely driven. Earlier this year, Rob Lowe reflected on working with him on the 1983 movie The Outsiders, saying the actor went “ballistic” when the pair were told to share a hotel room.

When the young stars went to New York for the final selection for Francis Ford Coppola’s film, Cruise was apparently upset about not having his own suite. “It was the first time I ever stayed at The Plaza Hotel," said Lowe. "I remember going, ‘Wow, this guy is the real deal.’ I mean it made me laugh, it was gnarly. But in the end of it, you can’t argue with the results. He’s had his eye on the ball since day one.”

Val Kilmer, who played Tom "Iceman" Kazansky in 1986’s Top Gun, also said that during filming, Cruise was so “laser-focused” on making his character Pete "Maverick" Mitchell the “greatest action hero in the history of film” that he “refrained from revelry” with the other actors.

Cruise can next be seen in Mission: Impossible 7, which has reportedly been hit by yet another delay after a motorbike stunt went dangerously wrong.

(Source: The Independent)
Posted by Arjunpuri at 11:30