A look back at the victors from the past four years, all of which showcase the wonders of the written word

Marieke Lucas Rijneveld has become the youngest author to ever win the International Booker Prize, taking the award of their debut novel The Discomfort of Evening.

The winner of the International Booker Prize (formerly known as the Man Booker International Prize), was due to be announced on 19 May, however, due to the impact of coronavirus, this was postponed until 26 August.

Chair of judges for the prize, Ted Hodgkinson, said: "This book astounded us all when we first encountered it early in the judging process, and our fascination has only deepened on a second and third rereading."

Describing the book as a "tender and visceral evocation of the strangeness of a childhood caught between shame and salvation," Hodgkinson added that the novel is an "undeniable force by a writer of thrilling talent and ability."

The award was open to any work of fiction, written in any language, and published over the past year in English in the UK or Ireland.

It honours the best fiction from around the world, with previous winners including Korean author Han Kang, as well as Polish laureate Olga Tokarczuk.

The prize acts as an important reminder that storytelling transcends languages, cultures, and ways of experiencing the world, and gives us access to different places and characters.

In honour of the International Booker Prize announcement, we take a look at this year's winning novel and the previous four top titles that have preceded it, all of which showcase the wonders of the written word.

You can trust our independent round-ups. We may earn a commission from some of the retailers, but we never allow this to influence selections. This revenue helps us to fund journalism across The Independent. 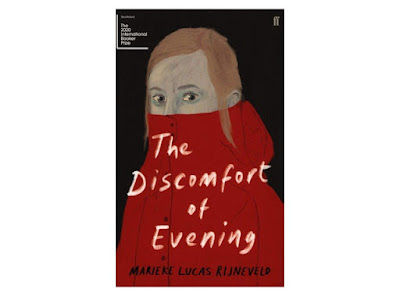 Intensely lyrical, raw, and gritty, The Discomfort of Evening explores what life is like within a devout Christian family in the Netherlands. It's told from the perspective of 10-year-old Jas, whose brother dies in a sudden accident after she wishes him dead instead of her pet rabbit. It’s a dark portrait of childhood and is awash with compelling imagery of a family dislocated and destroyed, not just by grief, but by a failure to acknowledge and articulate it. Rijneveld's debut carries heavy themes with confidence through wildly pervasive prose. 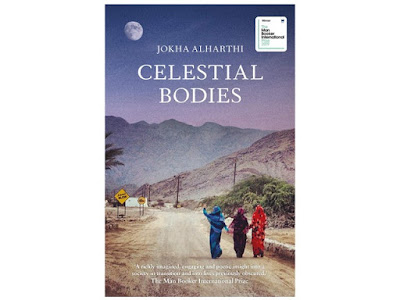 While this is the second novel written by Alharthi, it's a first for many other literary reasons – it’s the first novel written in Arabic to win the International Booker Prize, and the first novel written by a woman from Oman to be translated into English. Celestial Bodies paints a vivid picture of the rapidly changing Omani culture – set between the 19th century slavery period to its 20th-century abolition and beyond. By telling the story of three sisters, Mayya, Asma, and Khawala, it exposes marriage and its miseries, passion, conflict, love, and loss. It provides a cross-generational glimpse into all degrees of society – from the poor local slave families to those making money through the advent of new wealth. Breaking free of narration that is commonly associated with Western fictional literature, it’s poetic and song-like. A cultural kaleidoscope you will devour. 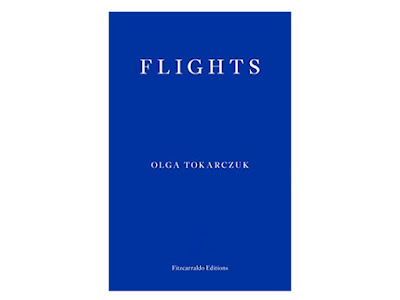 This novel explores what it means to be a traveller, a wanderer, and a body in motion, not only through space but also time – from the 17th century through to the 19th century. Interweaving notions of the human body, life, death, motion, and migration, Flights analyses travel and human connection in a polarised world. Made up of a series of short observations sandwiched within a number of longer essays, this is a category-defying piece of work. Through its use of brilliantly imagined characters and narratives, it is a masterpiece in storytelling.

2017 winner: 'A Horse Walks Into a Bar' by David Grossman translated by Jessica Cohen, published by Vintage Publishing: £8.99, Waterstones 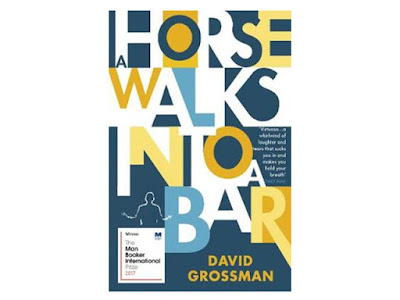 Set in a 1990s comedy club in a small city in Israel, Dovaleh Greenstein, a comedian a bit past his time, is doing a stand-up night. But, it doesn't go to plan. The audience members act as a cross-section of the country's society (a group of off-duty soldiers, local kids, a lonely single or two, and young and old couples) and watch as the comedian falls apart on stage, crumbling before their very eyes. Over the course of his two-hour set, Dovaleh gradually unspools, releasing demon after demon. The narrative exposes his deep pain, grief, and loss, as well as an exploration into how the country has lost its ways. While a short book, it still manages to encapsulate major themes of humanity, relationships, politics, and trauma in an all-consuming way. A must-read. 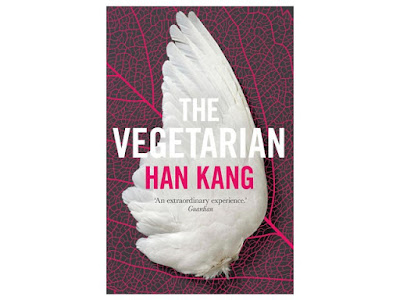 A taut novel that tells the story of two sisters, Yeong-hye and In-hye, and their marriages. Split into three sections, from three points of view, each acts as a novella in its own right. The first section begins with the painful conflicts between Yeong-hye and her husband as she breaks cultural norms and declares herself a vegetarian following a vicious dream that repels her from eating meat. It ends with a haunting family scene that escalates into an act of abuse that permeates the following two parts. Written in a poetic, but matter of fact way, The Vegetarian touches on shame, desire, and faltering attempts to understand one another. It is at once disturbing and beautiful.

(Source: The Independent)
Posted by Arjunpuri at 03:00