Researchers have created the fastest-ever internet connection, much quicker than any ever successfully tried before.

The team behind the breakthrough, from University College London, were able to transmit data at 178 terabits per second. The speed is double the capacity of any system currently used in the world, and a fifth faster than the previous record.

The connection is so fast that it would be able to download the entire Netflix library in just one second.

It is also getting close to the theoretical limit of data transmission, first proposed by American mathematician Claude Shannon in 1949. 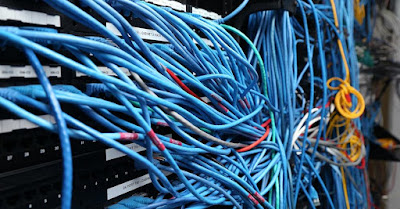 The increased speed is possible because the researchers were able to transmit data through a much wider range of colours than normally used in optical fibre. By combining different amplfiier technologies, they could make the best use of the properties of light that transmitted the data, allowing them to specifically manipulate each individual wavelength.

It remains at the level of proof of concept: home broadband customers are unlikely to find their internet connections speeding up to those levels any time soon.

But the researchers who created it note that it would be relatively easy to use the technology on existing infrastructure, and that it would be reasonably cost effective to do so. All that is needed is to upgrade the amplifiers that are used on optical fibre routes – adding new amplifiers would cost £16,000, compared to the £450,000 per kilometre that it can cost to install new fibres.

Such increases in speed will be required in the future as the amount of data used and transmitted increases, the researchers note. As it becomes easier to create and store information, it will also become more important to be able to meet demands for data transfer rates, they note – and it is likely that such speeds will also be required for "as yet unthought-of applications that will transform people’s lives", said UCL's Lidia Galdino, lead author on the new paper.

The breakthrough is reported in IEEE Photonics Technology Letters, under the title 'Optical Fibre Capacity Optimisation via Continuous Bandwidth Amplification and Geometric Shaping'.