The world’s on fire. Can we still talk about books?

The role of literature in a year when every week brought a new atrocity, writes Rebecca Makkai, the author of The Great Believers, on Electric Lit. Read on:

This July, I hit a low. A how-do-we-keep-fighting-one-more-day low, a scream-silently-into-the-mirror low, a twilight-of-democracy low. Not my first, not my last. I tried to distract myself by retreating to the bubble of literary Twitter, where I started a thread listing some of my favorite overlooked fiction. Others added, until the list was heartbreakingly long. (All these masterpieces, neglected!) Soon, though, someone jumped in with a bit of scolding: “We’re 100 days out from an election,” she wrote. “That’s what we should all be thinking about.”

My self-righteous response was easy like-bait: “I refuse to live in a world where an oppressive regime prevents us from advocating for art,” I wrote, and added some feel-good words about fighting despotism through empathy. Soon, the woman apologized — a writer herself, she’d been despondent lately, she said — and I hold no ill will toward her. She might just as easily, as many have done before her and many continue to do, ask how one could post about books on a day when there’d been a mass shooting, a day when babies were in cages, a day when toddlers were gassed, a day when… well, any other day, really. Her question wasn’t new to me, in part because it’s something I ask myself on a daily basis. Is it really okay to talk about art right now? To leave the real and broken world behind and talk about fictional ones? 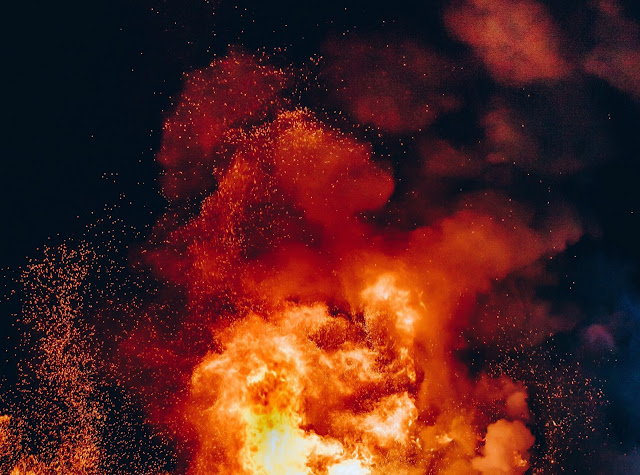 Is it really okay to talk about art right now? To leave the real and broken world behind and talk about fictional ones?
It’s a crisis many of us face not only when we promote our work, or someone else’s, but when we sit down to make that work itself. Anyone engaged in thoughtful reading and writing is also engaged in, and likely consumed by, national politics right now. No one I know is unaware that this is a particularly weird time to make art, rather than to spend every moment calling your senators.

But art has always had to exist alongside history. The notion that this, in particular, is suddenly the moment to drop all else feels like the epitome of too-late straight white awakening. There has never been a moment in which it was the most direct course of action for Americans of color to write or paint or make movies instead of protesting. There has never been a time when it was politically expeditious for LGBTQ+ artists to put down their banners and pick up their pens. And yet you’d be hard pressed to argue that James Baldwin’s talents would have been better used registering 20 more people to vote than writing The Fire Next Time.

You’d be hard pressed to argue that James Baldwin’s talents would have been better used registering 20 more people to vote.
The idea that art is born of leisure, during times of peace, is a simplistic romance, a non-artist’s daydream. (Wouldn’t it be nice to just be creative all day? In a cabin? With the tea and whatnot?) Someone recently asked if I need to be in a meditative state in order to write. Jesus, no. I write best angry. Don’t you? I write best desperate, I write best heartbroken, I write best with my pulse throbbing in my neck. Even in the best times, many of us read and write to confront the world and its failings, not to escape the same.

Listen: Ngūgiī Wa Thiong’o wrote an entire novel on toilet paper in his prison cell. Before her death at Auschwitz, Irene Nemerov wrote Suite Française in microscopic handwriting in a single notebook. Anna Akhmatova’s apartment was bugged and her books pulped, but she’d write her poems out for visitors on small slips of paper, wait till they’d memorized them, then burn the papers in the stove. And no, it’s not always political art we fight for. H. A. and Margaret Rey fled Paris in 1940 on bicycles they’d made themselves, carrying with them the manuscript of Curious George.

My new novel, which I’ve been out on the road promoting (yes, instead of canvassing, instead of marching) since the midpoint of this surreal year, largely chronicles the AIDS epidemic in 1980s Chicago. One of the lessons hammered in by my research was how both art and humor sustained a group weary from a lifetime of fighting, and the fight of a lifetime. And, more — how effective that art and that humor were, as both shields and weapons of attack. These people fought a plague and an indifferent government with wit (“Your gloves don’t match your shoes,” they chanted at the police who donned latex to assault them, “you’ll see it on the news!”); with creativity (they wrapped Jess Helms’s house in a giant condom); with theater and poetry and performance art and painting and music.

But the exercise of freedom is a de facto defense of that same freedom. Freely making art, and freely talking about the art you made, is valuable in and of itself when free expression is being eroded. If anyone’s still taking that freedom for granted, it’s time to wake up and smell the history.

Write while you can. Paint while you can. Spread your art through the world. Not everyone is so lucky. Publish books and read books and teach books while you can. Take the art you love and blast it from your trumpet. Shout into the wind the names of the things you love.