Why are we still uncomfortable with the idea of widows finding joy and meaning in life?

I was around eight-nine years old, when my grandfather’s sister arrived from Mangalore. She towered over me, despite her stoop, her grey-blue eyes resting kindly on my face, her knobbly fingers stroking my cheeks. There was something different about this figure clad in a rough muddy red nine-yard sari and a white blouse, with elbow-length sleeves and buttons that reached her throat. I noticed her bare arms, neck and ears, which was unlike the other women in our house, whose ears flashed diamond earrings, whose necks were adorned with a mangalsutra and whose wrists made music as the gold bangles they wore clinked together. It was when the sari pallu covering her head slid down her neck that I noticed her shaven head. I remember gasping almost audibly, though she was quick to pull it back over her head.

Never having seen a woman with a shaved head before, my spontaneous reaction was to ask my mother why grandma wore her hair so short, only to be shushed into silence. Mother’s eyes conveyed that I was never to speak about it again. I must have appeared rude to the grandma, as I watched her from the corner of my eyes wondering why she wore the same muddy red sari and white blouse every day, till I saw one set spread out on the clothesline and another on her body, and realised that it was her ‘uniform’. It was when an older friend who had came home to play with me remarked, ‘Oh, your grandmother is a vikesha, just like my Sumati Ajji, who lives in our village,’ did I realise that there were other women like her. Varsha told me that vikeshas were women without hair; whose heads were shaved when their husbands died. ‘My Ajji too wears the same sari,’ she said. I remember snuggling up to grandma several times a day, wanting to hug her, an inexplicable sadness enveloping me. 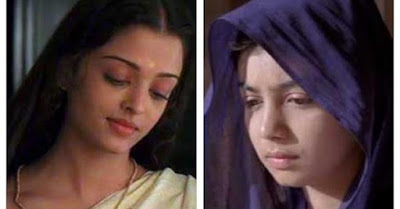 My mother was widowed at 23, and I had heard how, when some relatives had approached her to remove her mangalsutra and wipe her forehead, a beloved, firebrand elderly relative, ‘Ba’ to the young and old, had stepped forward like a warrior, her hands on her hips, daring anyone to do that. She was a rebel, way ahead of the times, and sensitive enough to stop the cruel practice. When I was older, mother told me how Ba had commanded, ‘Go, take a bath and leave the rest to me.’ When mother had come out of the shower, Ba had dried her hair, braided it, and adorned it with a fragrant mogra gajra, applied a red kumkum tikka on her forehead and insisted that she wear a printed floral sari. Such was Ba’s vehemence that none dared to oppose her diktat. Mother had the support of her parents too, who encouraged her gently to complete her graduation, appear for qualifying exams and take up a job in a bank.

Not all women are so fortunate. I remember a widow shrinking back, as I applied haldi kumkum on her forehead, as I did, to the other women accompanying her, and then being admonished for my ‘blunder’. From that day onwards, I stopped following the custom that is followed in some homes, of applying haldi-kumkum (reserved only for a sumangali– a married woman whose husband is still living) while taking leave of women guests. I did not want to be party to this discrimination. I also stopped conducting the haldi-kumkum ceremony to which only sumangalis are invited. Blindly following prescribed customs that blatantly marginalised a few revolted me, and I realised that being vigilant, questioning and taking concrete steps, however small, were fairly effective forms of protest.

When I got married, mother refused to ‘give me away’. Despite the liberalism she was exposed to, her mind was so conditioned that as a widow she was unlucky, her fears made her resolute. My cajoling had no effect on her. The family opined that it was her comfort that mattered. One of my regrets is not knowing her mind before the ceremony, for had I the slightest inkling, I would have opted for a registered marriage. I have seen several other widows in the family shrinking away from performing religious rites. Nobody seems to mind, so deep-rooted is its acceptance.

A few things have certainly changed. Widow remarriage is no longer as taboo as it was. Education and financial independence have ensured that widows do not have to toe the line of regressive customs, at least in urban areas, though I say this more out of observation than any statistics at hand. We still hear stories of unwanted attention and ill-treatment at the hands of family members. Though we have come a long way from the horrendous practice of Sati, we need greater humanitarian strides if we are to speak of the true empowerment of widows. The plight of the widows of Vrindavan, driven out of their rightful homes, and living in penury and loneliness, comes to my mind, as also that of widows around the world who are ostracised or branded as witches.

It’s time we acknowledged that a bereaved woman going through the emotionally wrenching event of losing her life partner does not need a misogynist code of social conduct that disarms her. All she needs is a way forward to lead a highly meaningful and joyous new life.

(Source: She The People TV)