Modhu Bose, the man who brought ‘Parallel Cinema’ to India

If we thought Parallel Cinema movement started in India in 1950s, well, then we are wrong. Much before Bengal and India produced world class directors like Satyajit Ray and Ritwik Ghatak, there was a filmmaker born in 1900 in Kolkata. He was Modhu Bose, at times known as the Renaissance Man of Indian cinema for the fresh ideas of parallel cinema that he brought almost a century ago.

Born into an illustrious family with Kamala Dutt as his mother, who founded Kamala Girls School and geologist Pramatha Nath Basu as his father, it was quite expected that Modhu Bose will do something different in life! He was schooled both in Darjeeling and in Santiniketan. Even Rabindranath Tagore was moved by his talent in performing arts and chose him to play a part in Valmiki-Pratibha. But before the play could be staged, Modhu Bose had to leave Santiniketan as his father got transferred to Ranchi. The family moved around the country often, which brought Bose in contact with people from different classes and backgrounds. This probably helped hint o develop a wider vision of the world and for a young curious creative mind, it acted as an elixir. 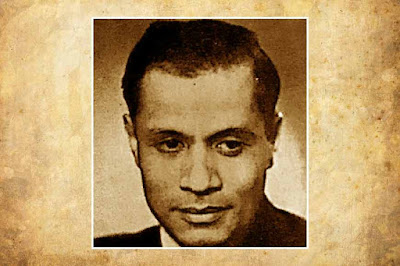 After pursuing a series of desk jobs, Bose got his break in cinema after an accidental meeting with production designer Himashu Rai, who was in Jaipur working for legendary German filmmaker Franz Austen. Modhu landed up as an intern with Austen and diligently handled everything from production to marketing for Light of Asia, that turned to be a hit.

Himashu Rai was impressed with Bose’s work and he was invited to Emelka Studio in Munich, Germany that was one of the leading studios at that time. This was a big break for Bose. Here he met Alfred Hitchcock and became the first filmmaker from India to work closely with a director in a major Hollywood set-up. Returning to India, he concentrated on theatre and staged Prahlad at the Globe Theatre, written by his mother. Next came Alibaba, staged at the Roxy.

With 1937’s Alibaba, Bose found international recognition. However, it was his wife Sadhana Basu who garnered the most praise for her performance in the musical. Later he also staged notable titles such as Dahlia (1930), The Court Dancer: Raj Nartaki (1941), Michael Modhusudhan (1950) and Bireswar Vivekananda (1956). He was praised for the out-of-the-box lighting concept for Tagore’s Manbhonjon.

Acclaimed actor-director Utpal Dutt credits his success in part to Bose. In an interview he once said: Modhu Bose taught me the difference between acting for film and on stage. If anyone is to be praised for Michael Modhusudhan, it is Modhu Bose, not me.”