Rare childhood portraits of Frida Khalo captured by her fgather

Artist Frida Kahlo is probably best known for her painted self portraits, but she also had a well-documented life on camera. There are hundreds of photographs taken of her as an adult with husband Diego Rivera, but what's less common are images from her childhood. Her father, Guillermo Kahlo, often captured her as a young girl on film. These rare and beautiful images give us a glimpse into what Kahlo's early life was like.

Her family grew up in what's now known as La Casa Azul (the blue house), named that because of its cobalt walls.

She had a lot of women in her life: her mother Matilde, four sisters, and two half-sisters that also lived with her. These photographs highlight a coming-of-age that's surrounded by family, friends, and a lot of love. Kahlo holds gorgeous bouquets of flowers, a prized doll as well as donning a man's suit and cane.

Even as a young child, Khalo's face was instantly recognizable. Her intense gaze was matched with strong eyebrows that permeated her later artworks. 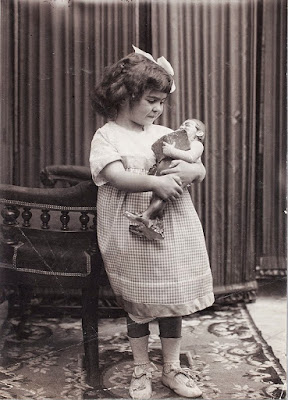 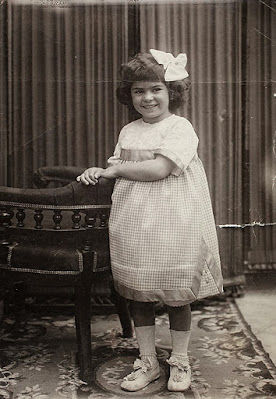 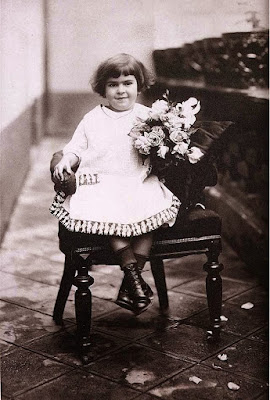 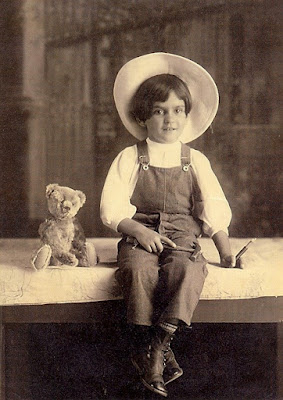 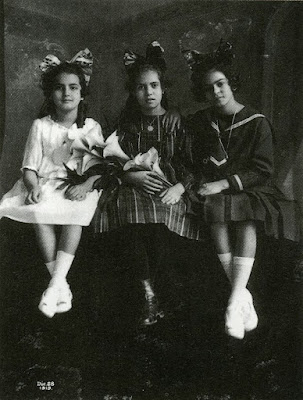 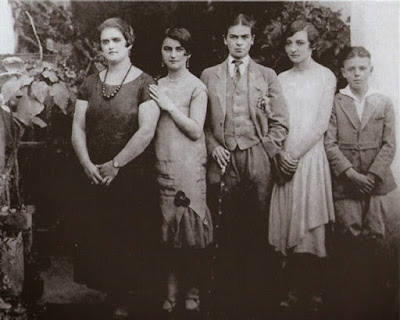 Frida dressed in drag (center), with sisters Adriana and Christina and cousins Carmen and Carlos Verasa, 1926 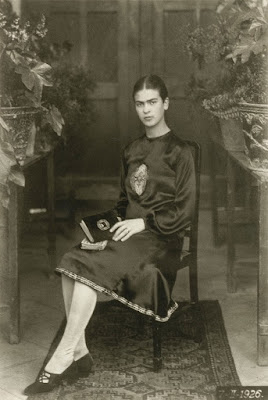