Coronavirus: China paying citizens £1,100 if they report virus symptoms and then test positive

Residents of a Chinese city are being rewarded with payments worth up to £1,100 (10,000 yuan) if they report symptoms of coronavirus – otherwise known as Covid-19 – and then test positive.

Health officials in Qianjiang, located 90 miles to the east of Wuhan, are stepping up efforts to contain the spread of the virus, which has so far infected 197 people in the city.

In the wider Hubei province, the epicentre of the coronavirus outbreak, more than 65,000 cases and 2,615 deaths have been confirmed by the World Health Organisation.

A number of cities within the eastern region have begun offering cash rewards in an attempt to encourage members of the public to volunteer for medical checks. 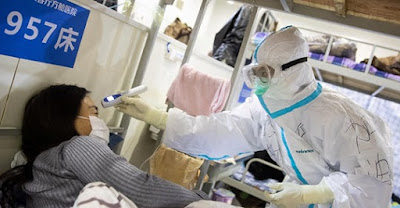 The Qianjiang task force handling the city’s epidemic said residents would be entitled to the full £1,100 payment if a coronavirus diagnosis is confirmed. Those who have previously tested positive will not be eligible.

Residents not immediately ruled out as suffering from the disease will be given £110 (1,000 yuan), while those declared to be “suspected” cases will earn £220 (2,000 yuan), Reuters reports.

Outside of Qianjiang, which has a population of about one million people, the city of Huangguang and Wuhan district of Hanyang have also offered cash rewards to encourage people displaying symptoms to come forward, though payments have not been as high.

Elsewhere in China, the southern technology hub of Shenzhen is moving to outlaw the consumption of dogs and cats, with authorities clamping down on the wildlife trade that some scientists suspect led to the coronavirus outbreak.

The proposed regulations from the city government list nine meats that are permitted for consumption, including pork, chicken, beef and rabbit, as well as fish and seafood.

Mainland China reported 433 new cases of coronavirus infections on 26 February, according to the National Health Commission, up from 406 on the previous day.

The total number of confirmed cases in China has now reached 78,497.
The number of new deaths stood at 29, the lowest daily rate since 28 January, and down from 52 the previous day.

Chinese authorities are also turning their attention to potential sources of infection from abroad, with the number of new cases outside China now exceeding those domestically.

More than 40 countries have reported infections. On Wednesday, cases were detected for the first time in Brazil, Pakistan, Norway, Greece, Romania and Algeria.