Why Modi has become the cruelest husband on earth

Jashodaben is a simple teacher who has ever participated in Indian politics, but has been dragged into political debates innumerably.

Members of Parliament and political representatives, when at the end of their wits, have taken shelter behind this 65-year-old senior citizen’s fragile silhouette.

Now that the ban on instant triple talaq is making headlines, mentions of Jashodaben have begun to surfaced yet again.

Politicians against the ban on instant triple talaq have mercilessly cited her as an instance of Modi’s misogyny. “A man who has been cruel to his own wife, is trying to bring justice to women of other communities,” they mock.

They imagine, we, humiliated by the vice of our elected leader, will run into our burrows. Little do they know that by bringing this flawed example they make a fool of themselves by exposing to India how uninformed  are they, when it comes to Indian law and Indian history. 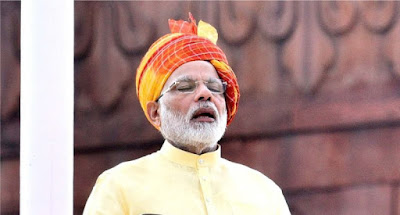 As details of Modi’s marriage have been distorted more than stated, let’s look up the facts.

Born in 1952, Jashodaben was 3 years old when her family got her engaged to a boy (Narendra Modi) two years older than her. The couple married in a religious ceremony when the boy turned 13, though the two didn’t start living together till their gauna which was held when the groom turned 18.

Detached from domestic life, attracted to abnegation, her groom struggled to come to terms with the matrimony thrusted upon him. The couple remained in an enforced, but unconsummated, marriage for the briefest period, and one fine morning the 18-year-old relinquished all worldly ties and took to the path of spiritual discovery in the Himalayas and Ashrams.

Instead of  blaming her ‘ominous’ presence for their son’s departure and throwing Jasodaben out of their home like orthodox families are wont to do, her in-laws encouraged her to study. She became an honest school teacher – an independent woman – in later years.

Now let’s leap backward in time and travel to colonial India, an era when social reformers along with benevolent British officials were announcing groundbreaking alternations to this society.

Followed by the annihilation of the Sati pratha and the Widow Remarriage Acts, The Child Marriage Restraint Act became a law on April 1, 1930. This law ‘fixed 14 and 18 as the marriageable age for girls and boys, respectively, of all communities’. Laws are made in India every day; though they are violated regularly, such violations can’t cancel out the legal status of a law.

Challenging the instant Triple Talaq Bill, many competent politicians have questioned the need for a ‘bill’ as the Supreme Court has already rendered it void. Criticising the three-year jail term proposed for the offender (groom/husband in this case), they argued, when instant triple talaq is not even a thing anymore, one who pronounces it, isn’t divorcing his wife. Since talaq is not even happening, how can the poor man be accused of it?

Going by your very aforementioned logic, respected Members of Parliament and spokespersons, please be kind and help me understand how is my prime minister guilty of abandoning his wife from a marriage that was rendered illegal and unlawful 21 years before the man was even born?

The boy at the age of 13 was not asked if he wanted to enter matrimony; had he been a woman, feminists and liberals would have erected his idol and taken dust of its feet twice daily for showing the guts of walking out of an unconsented marriage.

But don’t we all know what a bunch of lame hypocrites the ‘Left liberals’ are? Everyday they hit a new low, and they did so by interviewing Jasodaben shrewdly and airing its edited and contorted version that suited their anti-Modi propaganda.

(Ram Mohan Roy and Vidyasagar were faced castigation too; it will be imprudent to assume Modi will receive an honorary shawl for his efforts, but the damnation shouldn’t dissuade the leader in him from making reforms that were stalled for 70 years.)